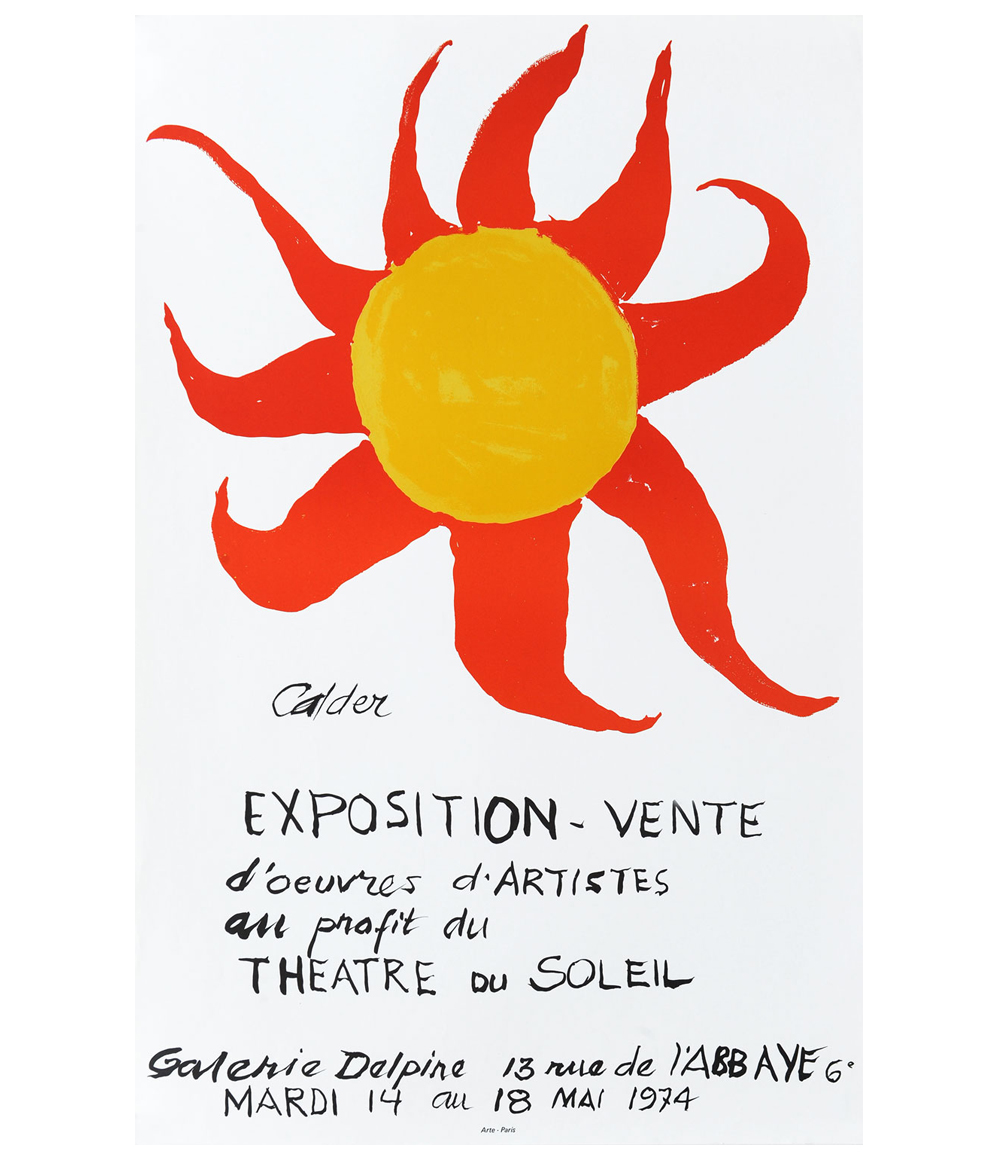 Lithographic Poster for Exposition Vente at Galerie Delpire with all profits supporting the “Théâtre du soleil”, 1974.

This beautiful, bold lithograph depicts the sun, a frequent symbol in the artist’s work. Calder Exposition Vente lithograph is a perfect example of his use of flattened biomorphic shapes and primary colours.

Signed in the plate

Alexander Calder is an American sculptor and painter. Although he might be best known for his sculptures and mobiles the artist was also an avid printmaker at the end of his career. Featuring primary colours, geometric lines and spirals, and flattened biomorphic shapes, the imagery in Calder’s lithographs is often reminiscent of his sculptural work. While many of Calder’s prints may initially appear abstract, a closer look will reveal symbols of people, plants, and animals. Calder even used his prints for political activism—in 1967 and 1969, Calder produced posters protesting the Vietnam War.