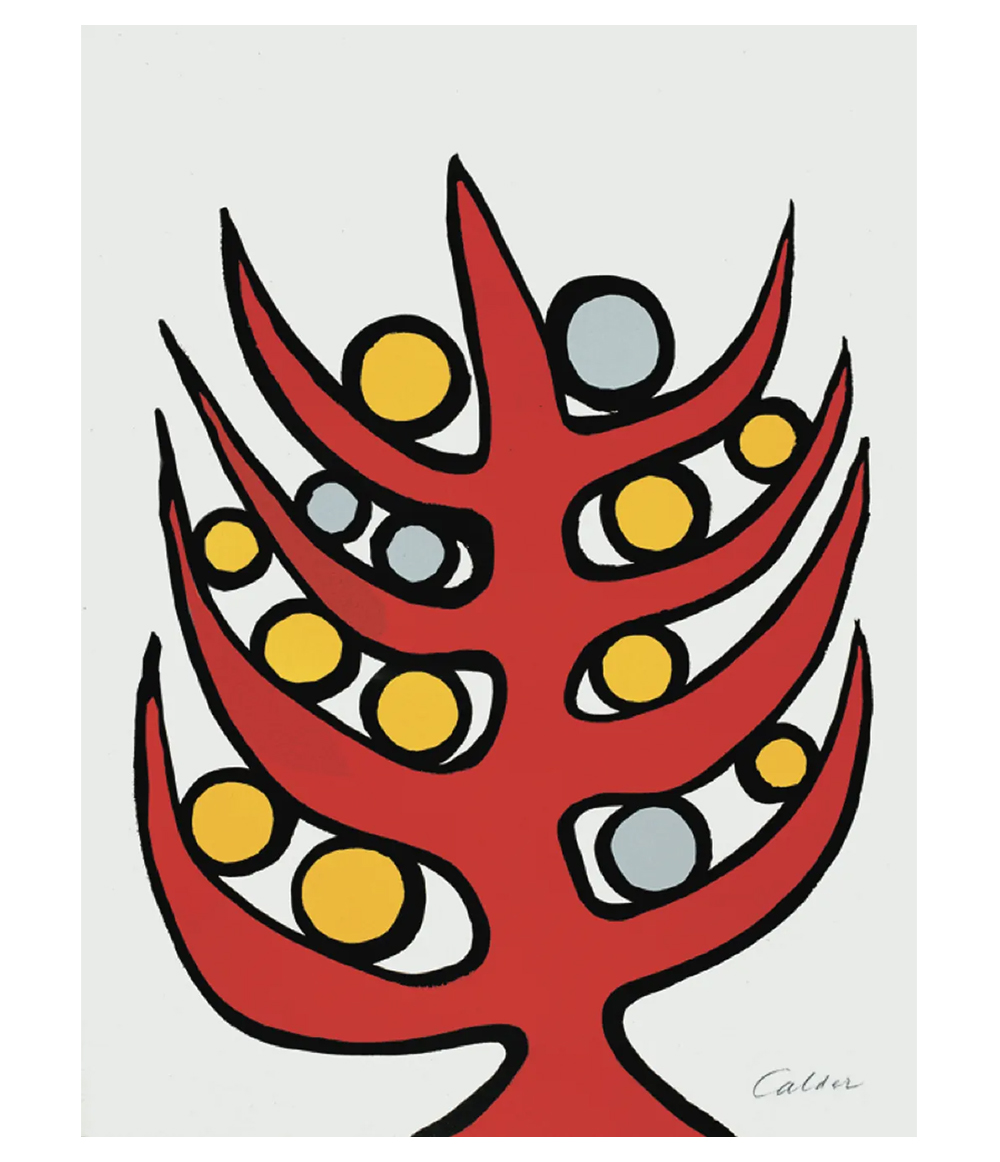 Year: 1975
Medium: lithograph on wove paper, signed and numbered by the artist  in pencil
Dimensions: 88 x 64 cm
Edition : 100
Condition: In mint condition
In the United States, as in France, Alexander Calder’s home was always surrounded by nature. Calder was inspired by the tranquility and the environment in which he lived. The geometrical shapes of his works had a direct connection with the manifestations of nature. Like most modern artists, nature played a vital role in the inspiration for their artwork. Calder’s print Tree of Good and Evil is a wonderful example of his favourable use of the colour red ‘I love red so much that I almost want to paint everything red. I often wish I’d been a fauve in 1905’
Calder often used the same language of forms, favouring circles, spheres and discs and creating images based on shapes of a more rounded nature. This use of rounded shapes over rectangular — “I don’t use rectangles––they stop. I have at times but only when I want to block, to constipate movement.” brought a dynamism to the work, as if in transition. He revelled in kinetic art, not only in sculpture but painting too. 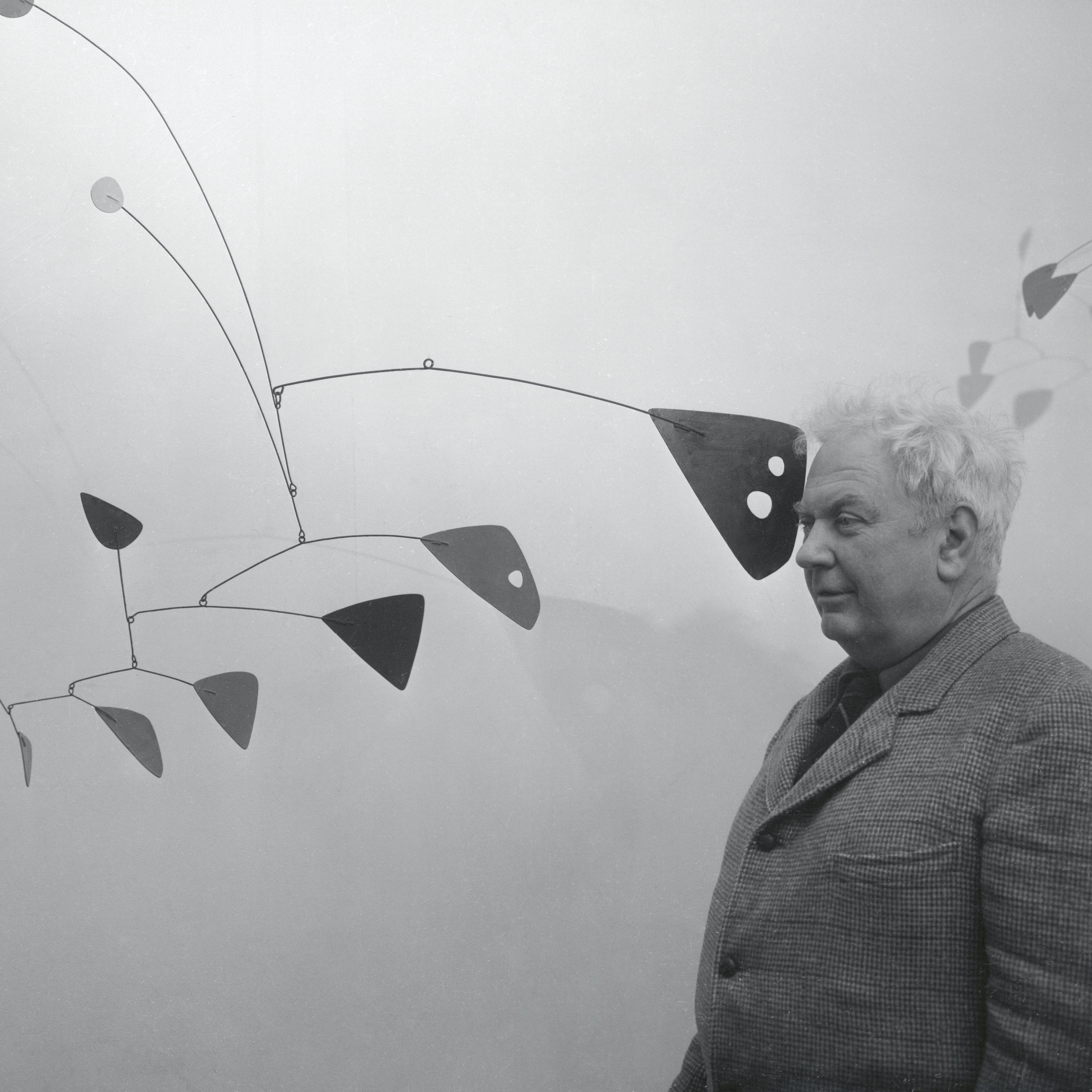 Alexander Calder is an American artist who redefined sculpture in the fine art world, by introducing the element of movement, first through performances of his mechanical Calder's Circus and later with motorised works, and, finally, with hanging works called "mobiles." In addition to his abstract mobiles, Calder also created static sculptures, called "stabiles," as well as paintings, jewelry, theater sets, and costumes. His whimsical, kinetic sculptures sway in the slightest breeze, transforming themselves into a myriad of new configurations. He is less known for the hundreds of Alexander Calder paintings, and thousand of prints. Calder did not consider himself much of a painter. He engaged in two-dimensional work in a more exploratory way, so he could examine ideas about colour, space and composition. Nonetheless, though it may not have been his main focus, his painting and print oeuvre brilliantly organises and contextualises his ideas about movement and the relationships of objects within what he called the system of the universe.