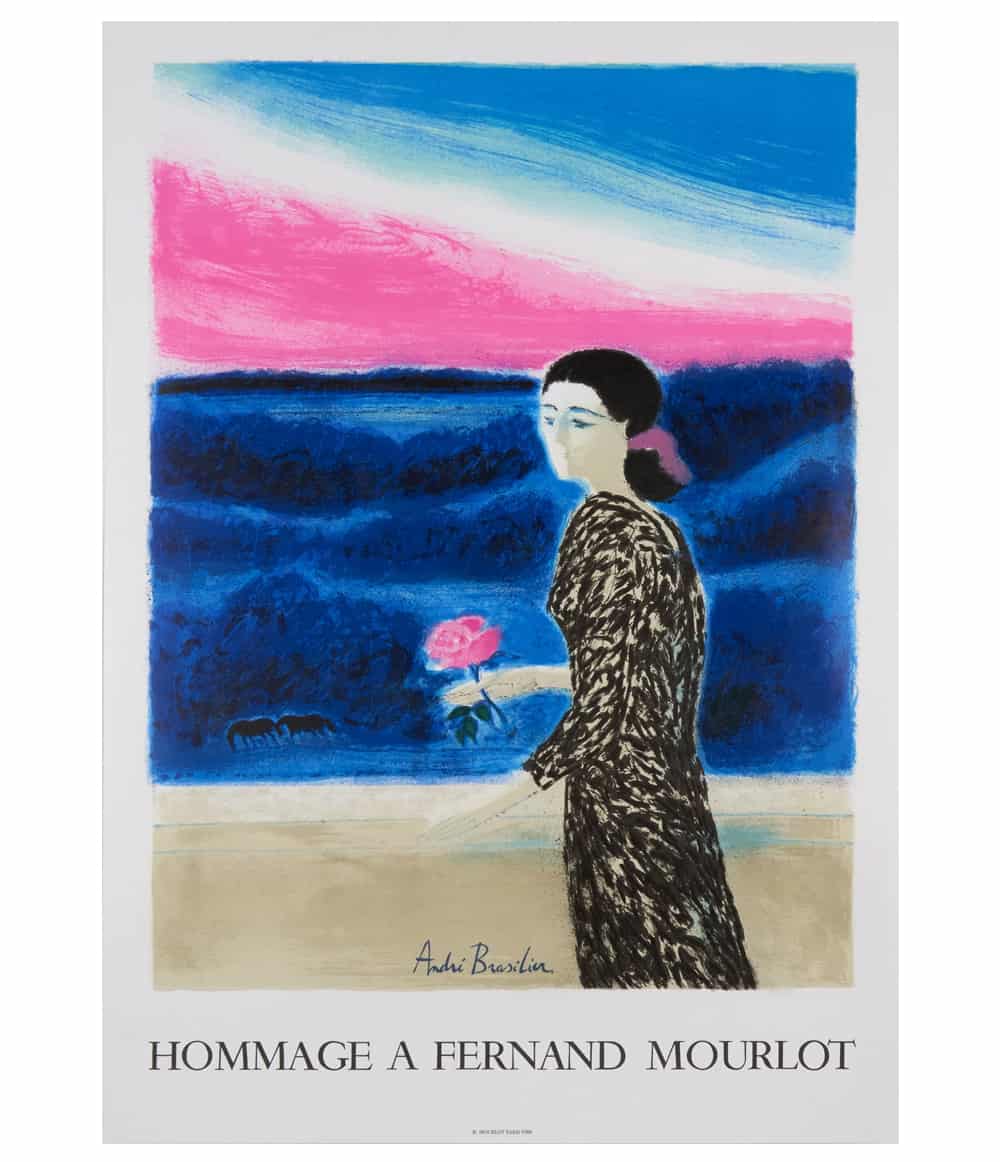 Presented with a certificate of provenance signed and dated.

Condition: A – near perfect vintage condition

Both of Brasilier’s parents were painters, and he began painting as a child. He entered the École des Beaux-Arts at the age of 20, and by 23, had won the Premier Grand Prix de Rome for painting. His works blend abstraction, expressionism, and vivid colors. He often features the human form, horses, nature, and music, with an emphasis on composition and movement. He has had numerous exhibitions all over the world and was honored by a retrospective exhibition of his work at Russia’s renowned Hermitage Museum in Saint Petersburg in 2005 and at the Museum Haus Ludwig für Kunstausstellungen in Germany in 2007.