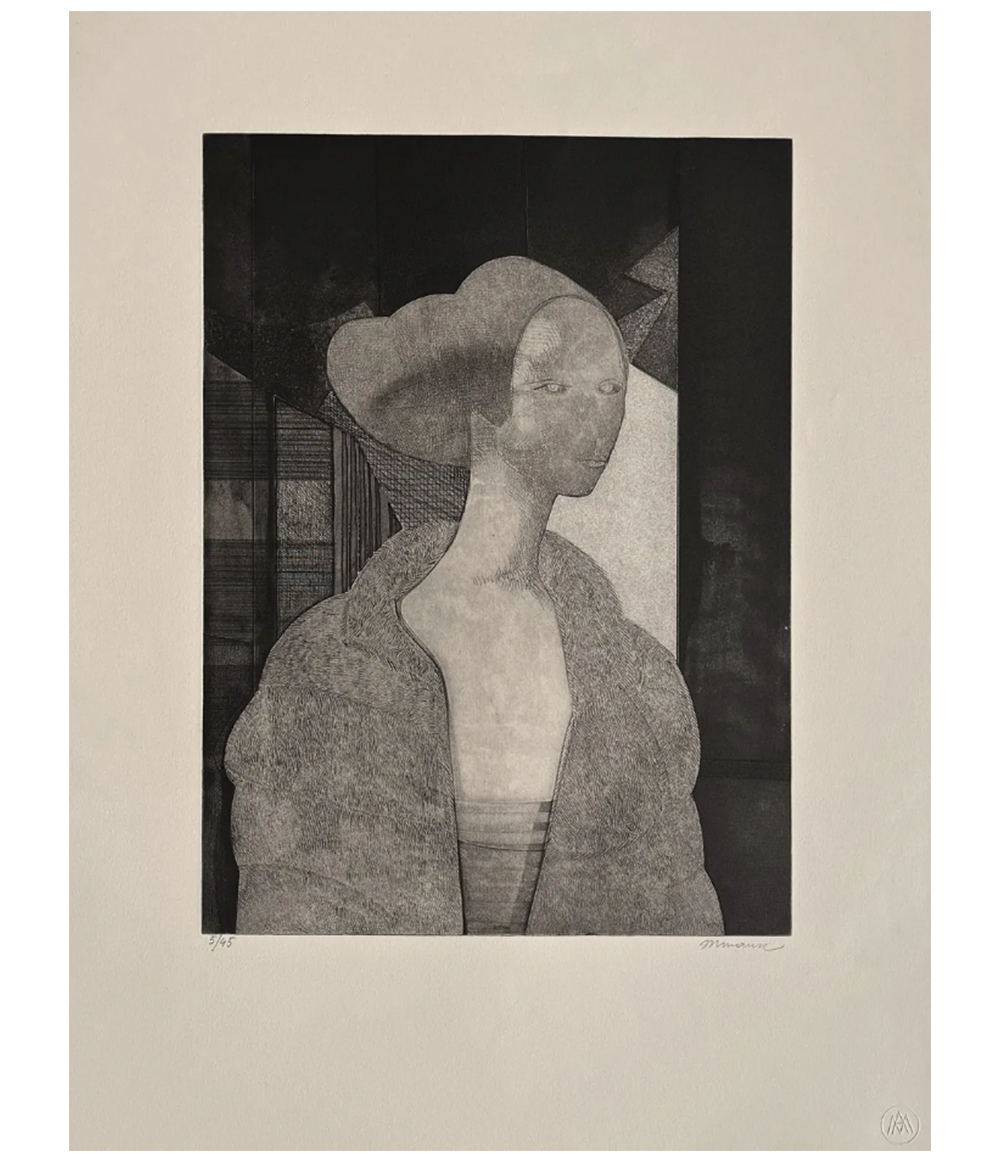 André Minaux was a French artist, who must be considered as one of the most important lithographers of his generation, both in terms of the quantity and the quality of his production, alongside his painted work. He is best known for his stylised Social Realist paintings and prints that expressed contemporary life and art historical reference through abstracted figurative compositions. Born on September 5, 1923 in Paris, France, he studied under the great French painter Maurice Brianchon at the Ecole National Supérieure des Arts Décoratifs in Paris from 1941 to 1945. Exhibiting his work as early as 1944 at the Parisian Salon d'Automne and the Salon des Indépendants, Minaux found considerable recognition and critical acclaim.

In the 1950s the Tate Gallery added a painting by Minaux to its permanent collection. Minaux continued exhibiting during the entire course of his career in Paris, throughout France, and also in New York, Amsterdam, Brussels, Montreal, Toronto, and Tokyo.

André Minaux’s early work promoted a return to realism, and used sombre, earthy pigments. However, his work from the 1960s developed away from naturalism and became more stylised and colourful, experimenting with new techniques and abstract forms.