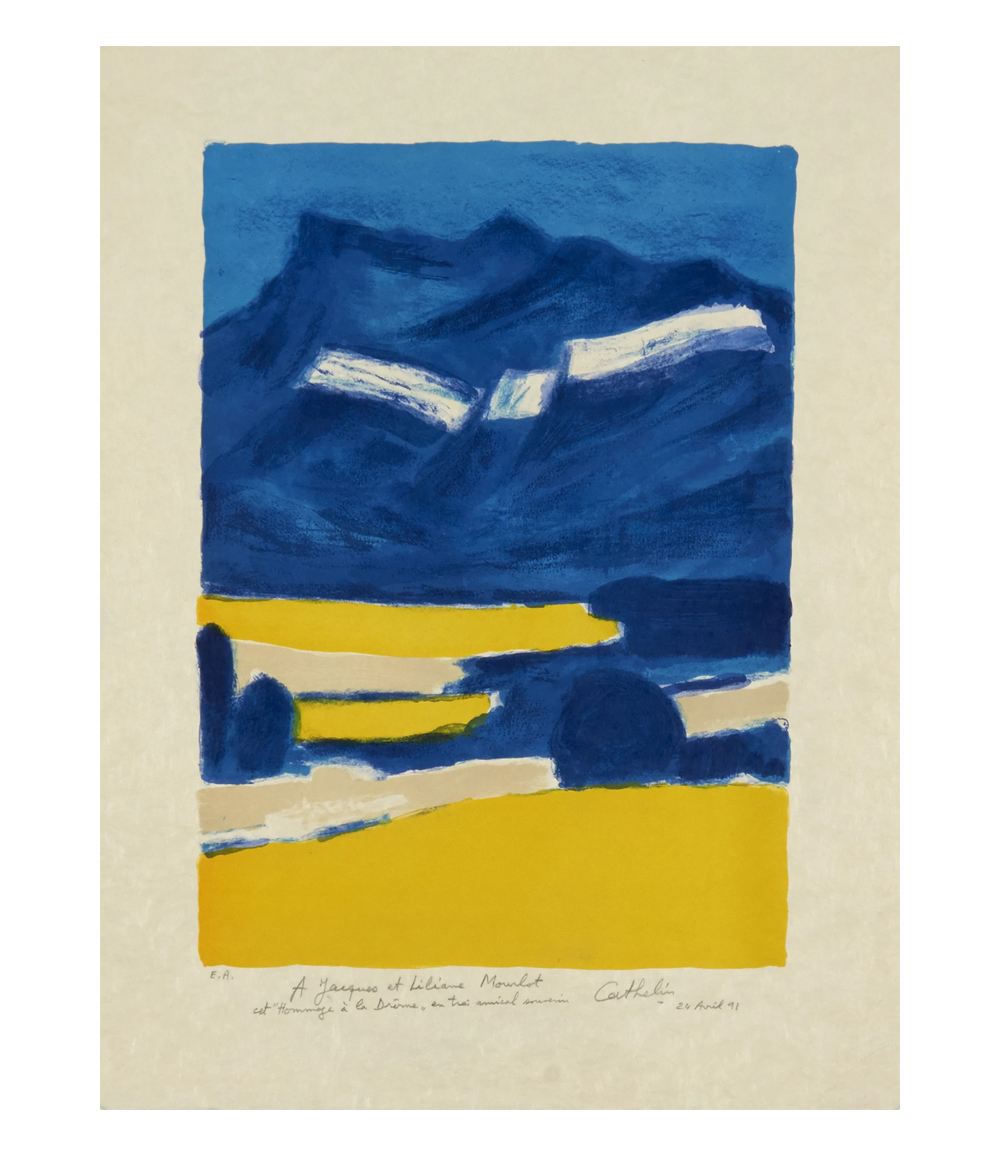 Original Bernard Cathelin lithograph in colours. This striking lithographic print, with its vivid use of blue and yellow, texturing and layering, resulting in a dynamic landscape. The landscapes of the Drôme in Provence, were a constant source of inspiration to him.

Cathelin: a master lithographer having worked for over 30 years at the Atelier Mourlot in Paris beside such contemporaries as Chagall and Picasso. Bernard Cathelin´s international appeal is in part due to the energy and vitality seen throughout all his works.

This lithograph is an artist’s proof annotated EA at the bottom left and signed at the bottom right. Signed in pencil, dated with a dedication to Jacques and Liliane Mourlot.

Edition : 125 signed and numbered proofs 1 to 125 | Some artist proofs signed and annotated EA

Bernard Cathelin was a French painter, famous for his oil paintings and lithographs and known for uniquely stylised abstractions of flowers, landscapes, and figures. Utilising thick palette knife applications and rich colours. A member of the School of Paris which included Matisse, De Buffet and Brianchon. Cathelin has traveled extensively around the world. Countries such as Mexico, Russia, Japan, Italy and Spain were a source of inspiration for his creations.