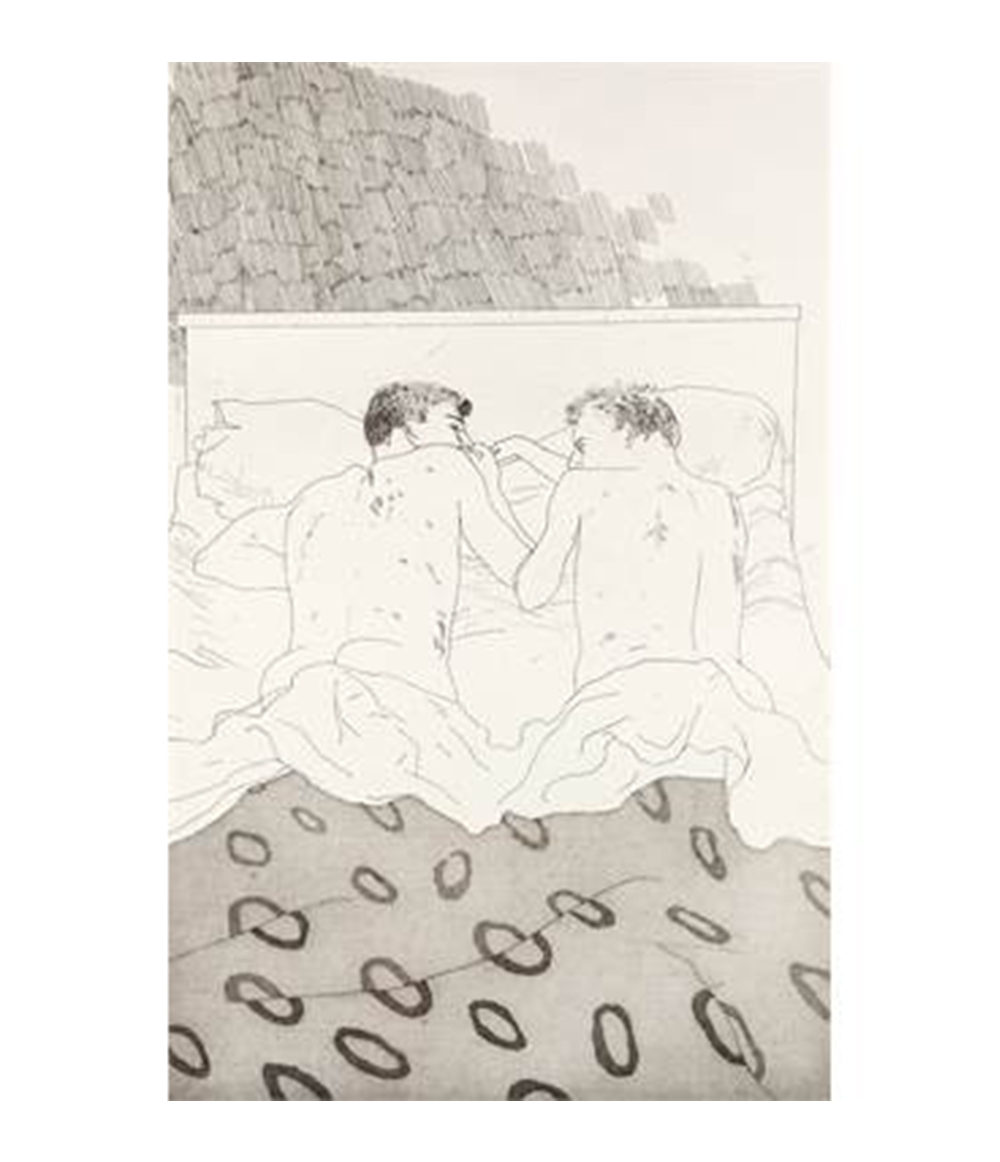 Medium: Etching & aquatint, signed and dated ’66’ by the artist in pencil

This David Hockney print is a perfect example of his pioneering representation of gay identity and sexuality in the early to mid-1960s. His artwork broke taboos in a period when male homosexuality was illegal and such images were often deemed obscene.

For many gay and bisexual people in the pre-law reform and pre-gay liberation period, Hockney’s art was a rare public expression of their lives and loves. It was psychologically and emotionally empowering at a time when the orthodoxy was that homosexuality was shameful and should be kept hidden.

Although Hockney never saw himself as a gay activist, or even a gay artist, he visually challenged the legal and social repression of gay and bisexual men. They asserted the importance of the human rights principle of freedom of expression. 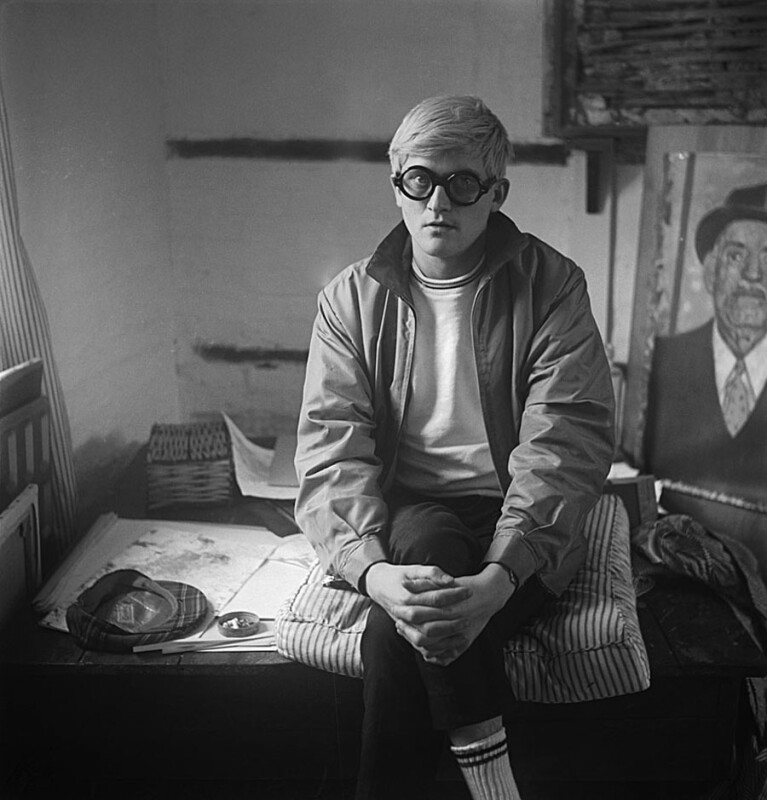 A pioneer of the 1960s British movement, David Hockney is one of the most celebrated and prolific artists of the 20th and 21st centuries. Endlessly versatile, he has produced acrylic paintings, photo collages, full-scale opera set designs, and digital works created on iPads.

Hockney first gained recognition for his semi-abstract paintings of gay love. He moved to California in 1964 and captured his new home in sensual, pastel-hued scenes of uninhibited queer men. As well as light-filled idyllic, sunny backdrops feature swimming pools, palm trees, and beautiful homes. Hockney has exhibited at the Museum of Modern Art in New York, the Royal Academy of Arts in London, and the Van Gogh Museum in Amsterdam, among many other institutions. On the secondary market, his work has sold for more than $90 million.