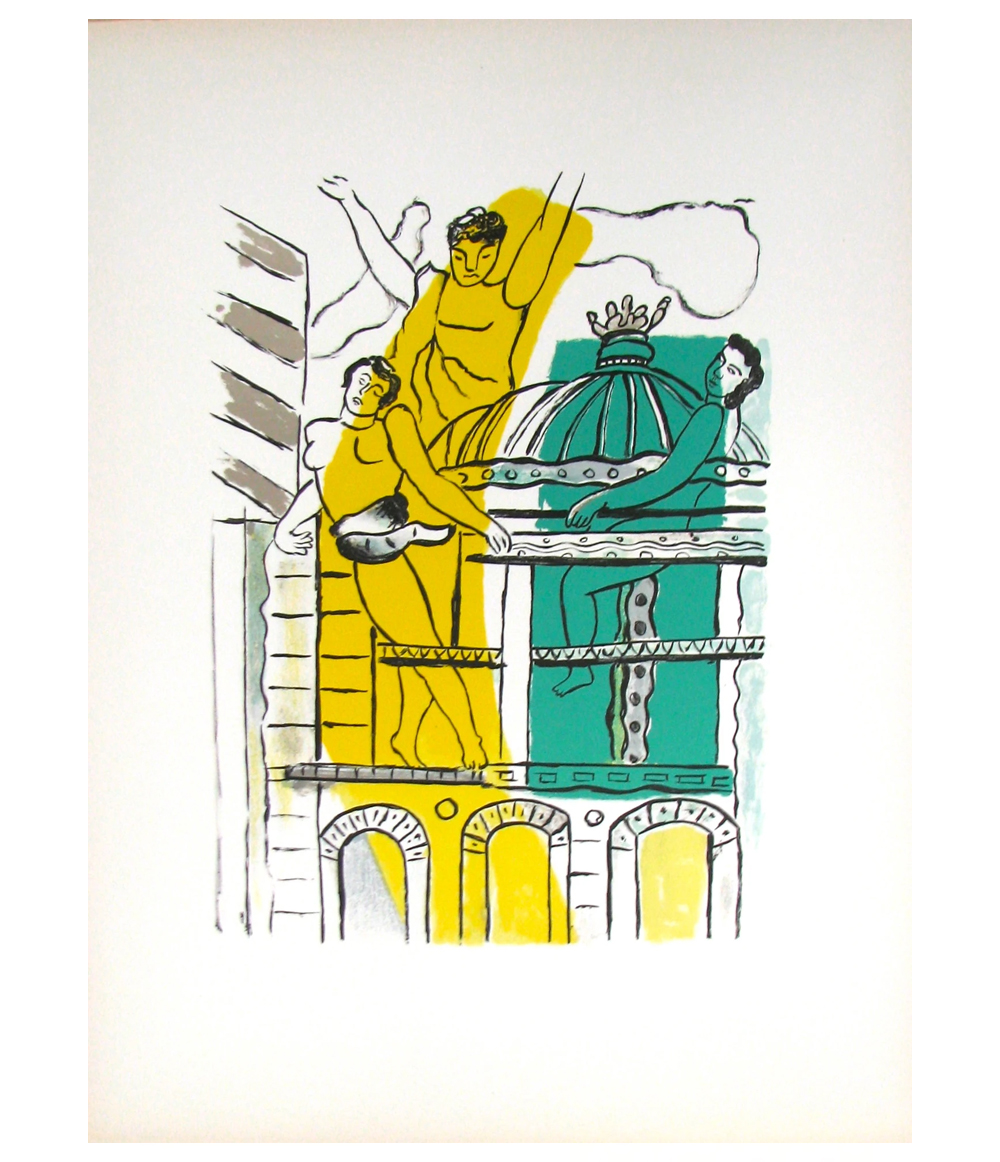 Fernand Leger Lithograph L’Opera is from a portfolio entitled “La Ville” (The City) which consists of 29 lithographs featuring scenes of people, life and emotions of Paris.

The artist had started the project in 1954 but unfortunately passed away in the summer of 1955. His wife, along with Fernand Mourlot and the publisher Teriade, assembled the rest of Leger’s studies and finished plates to complete the project and it was eventually printed and released in 1959, four years after his death.

In Leger’s later years he ventured from the abstract to compositions depicting scenes of popular life featuring acrobats (as seen in portfolio “Le Cirque”), builders, etc – concentrating more on the common man.

Fernand Leger Lithograph L’Opera was composed of 180 numbered works and a further 20 H.C. proofs numbered in Roman numerals. There were a further 4 printer’s proofs of each image.