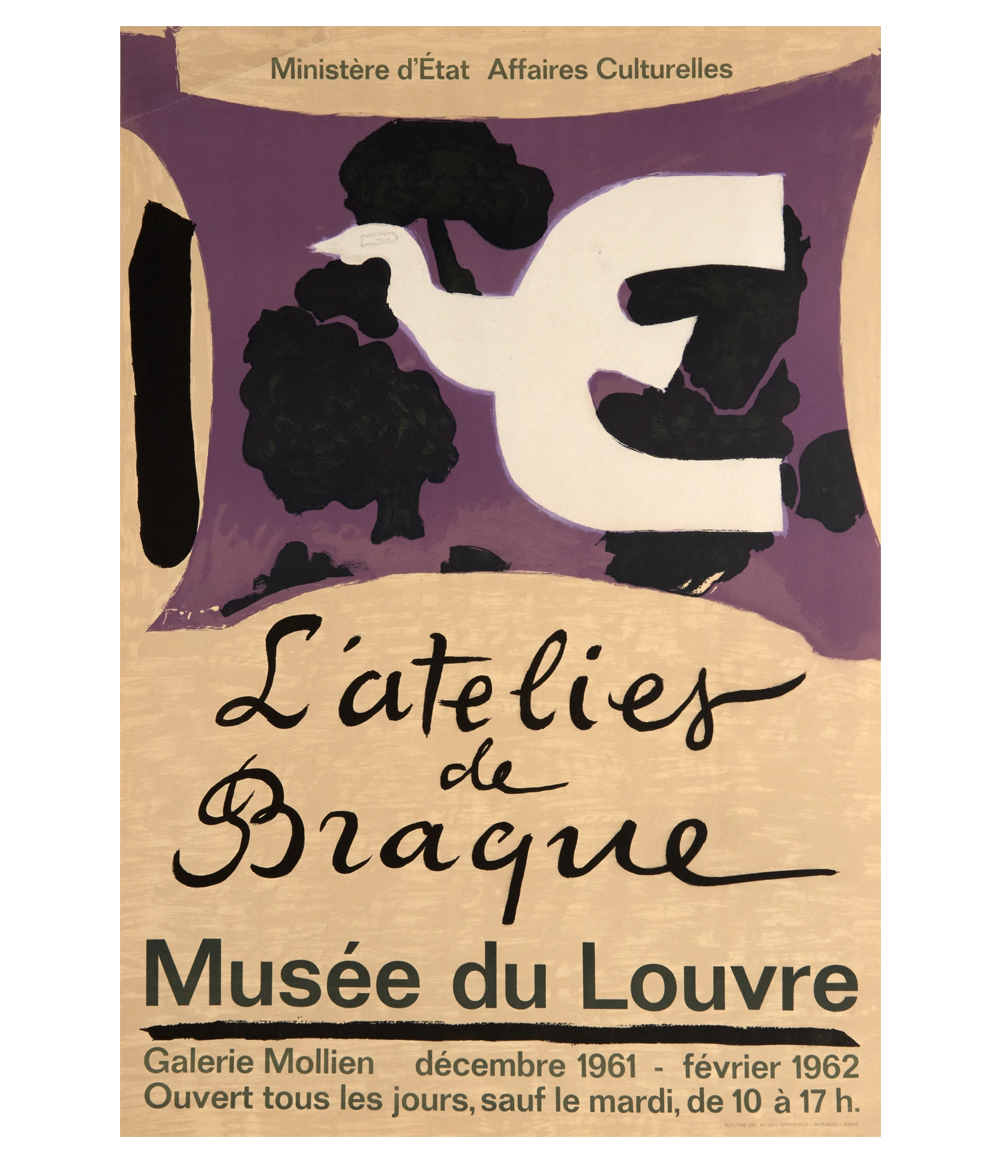 This very rare lithographic poster: Georges Braque L’atelier de Braque was created for the exhibition ‘Braque’s Studio’ in 1961. At age seventy nine, Braque became the first living artist to exhibit a solo show at the Musée du Louvre. Braque was also famously commissioned to paint a ceiling fresco at the Louvre in 1953- ‘The Birds’ is still on permanent display at the museum. This is the version with text, there was also a version without ( which is also available – please request information)

Georges Braque L’atelier de Braque depicts the image of a cubist bird. In 1949, George Braque began to experiment with the motif of birds in flight. He used birds repeatedly to serve as a concept: to remind the viewer that what they are seeing is not real, almost as a mantra is used in meditation. Braque’s birds became iconic; a symbol of peace, hope and even perseverance in the aftermath of World War II.