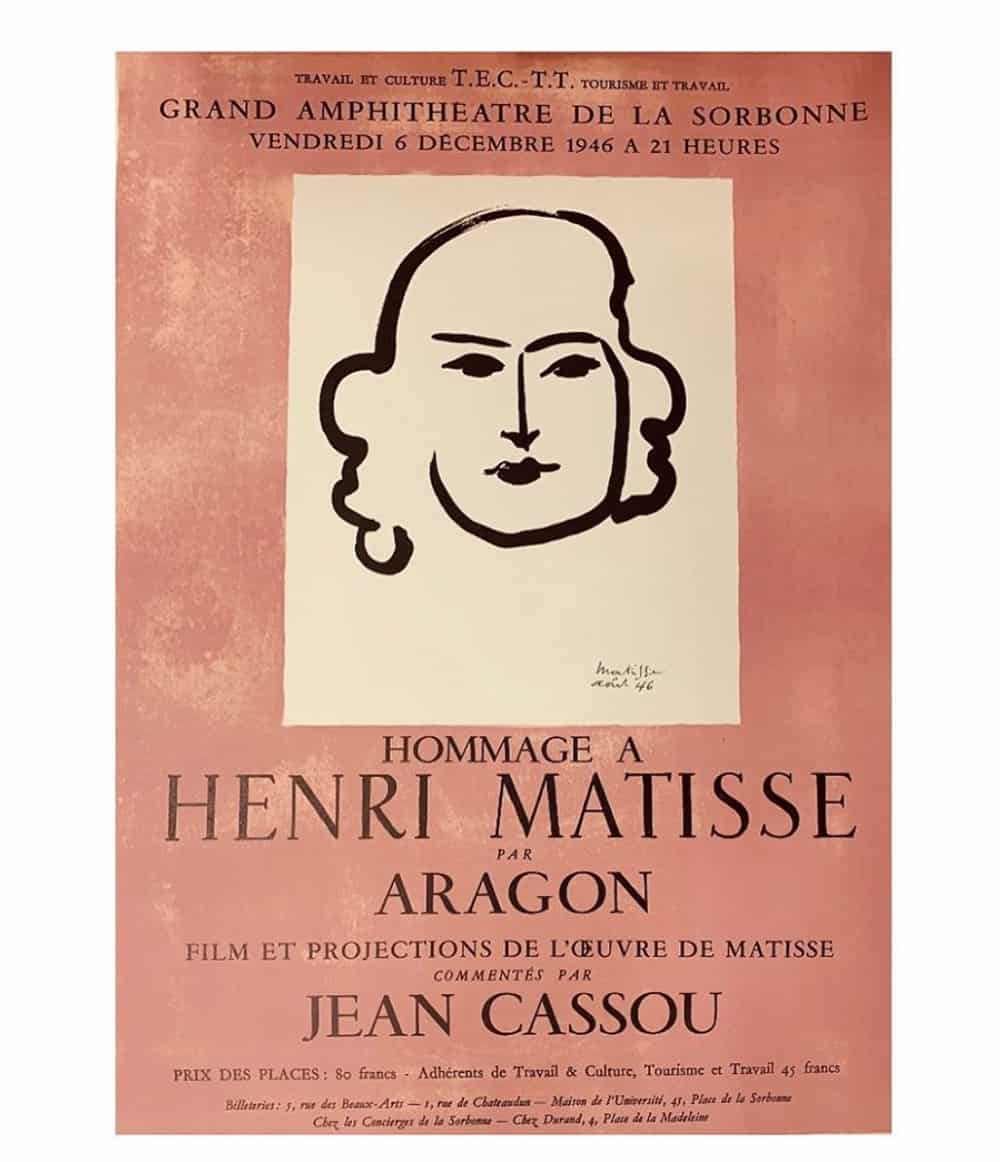 A very rare lithographic Henri Matisse Aragon poster for an archival documentary film by writer/director Francois Campaux about artist Henri Matisse, showing the artist drawing four portraits of his grandson Gerard was shot in such a way as to allow the present author to undertake a detailed eye-hand interaction analysis of the drawing process. Interview with Matisse and footage of artist painting and drawing at his home and studio in Nice, France. Part of the film shows footage of the 1945 Salon d’Automne. With text by Jean Cassou.

Comes with a certificate of provenance signed and dated.

Matisse studied in Paris at the École des Beaux-Arts and became a student of William-Adolphe Bouguereau and Gustave Moreau. Regarded as the leader of the Fauvist movement, Matisse pursued the expressiveness of colour throughout his career, and by 1917, he celebration of colour reached its peak when he began to spend time on the French Riviera. 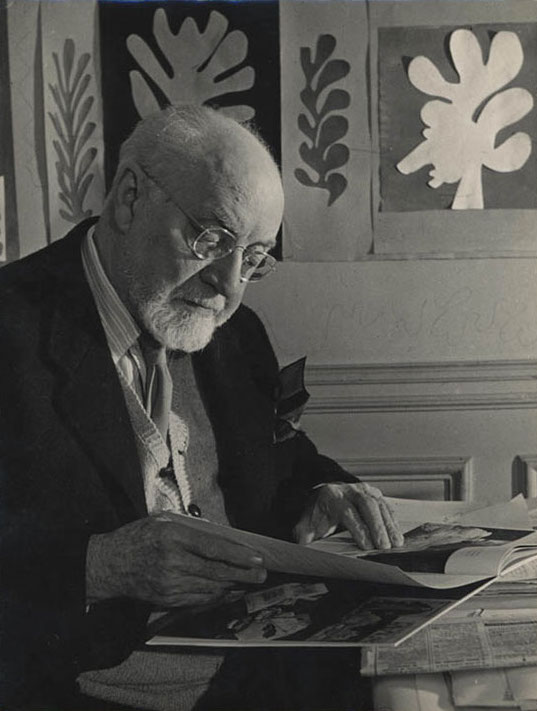 Henri Matisse's artistic journey is one of the most captivating and prolific of the Modern era. His career was defined by artistic experimentation, fierce competition, and an unending pursuit of perfection. His prints are highly collectible works of Modern Art that have stood the test of time, and he is regarded as one of the greatest artists of the twentieth century. His lithography prints are some of the most beautiful examples of his unique artistry and are highly valued by collectors.

He was a Post-Impressionist who rose to prominence as the leader of the French art movement Fauvism. Colourful, expressive brushstrokes and flat, geometric lines defined the aesthetic of Fauvism and the ideals of modernism itself through the artwork of Matisse. Painting, sketching, printmaking, collage, and sculpture were some of the mediums used by the French artist, who often depicted simplified human forms and floral motifs.

Matisse's sculpture and painting were both heavily influenced by the human form. Because he felt that the theme had been ignored in Impressionism, it was significant to him in his Fauvist work. On the one hand, the figure was shattered into sharp fragments, while on the other, it was treated almost as a curvilinear ornament. Some of his work reflects his models' moods and personalities, but more often than not, he used them as vehicles for his own feelings, reducing them to cyphers in his monumental designs.

His artwork has been purchased for tens of millions on the secondary market and is included in numerous museum collections, including the Museum of Modern Art, the Tate, and the Guggenheim. Jackson Pollock, Mark Rothko, and many others were influenced by Matisse's flattened planes and vivid colours. Both he and Picasso were inspired to create and influence 20th-century painting by their infamous rivalry.