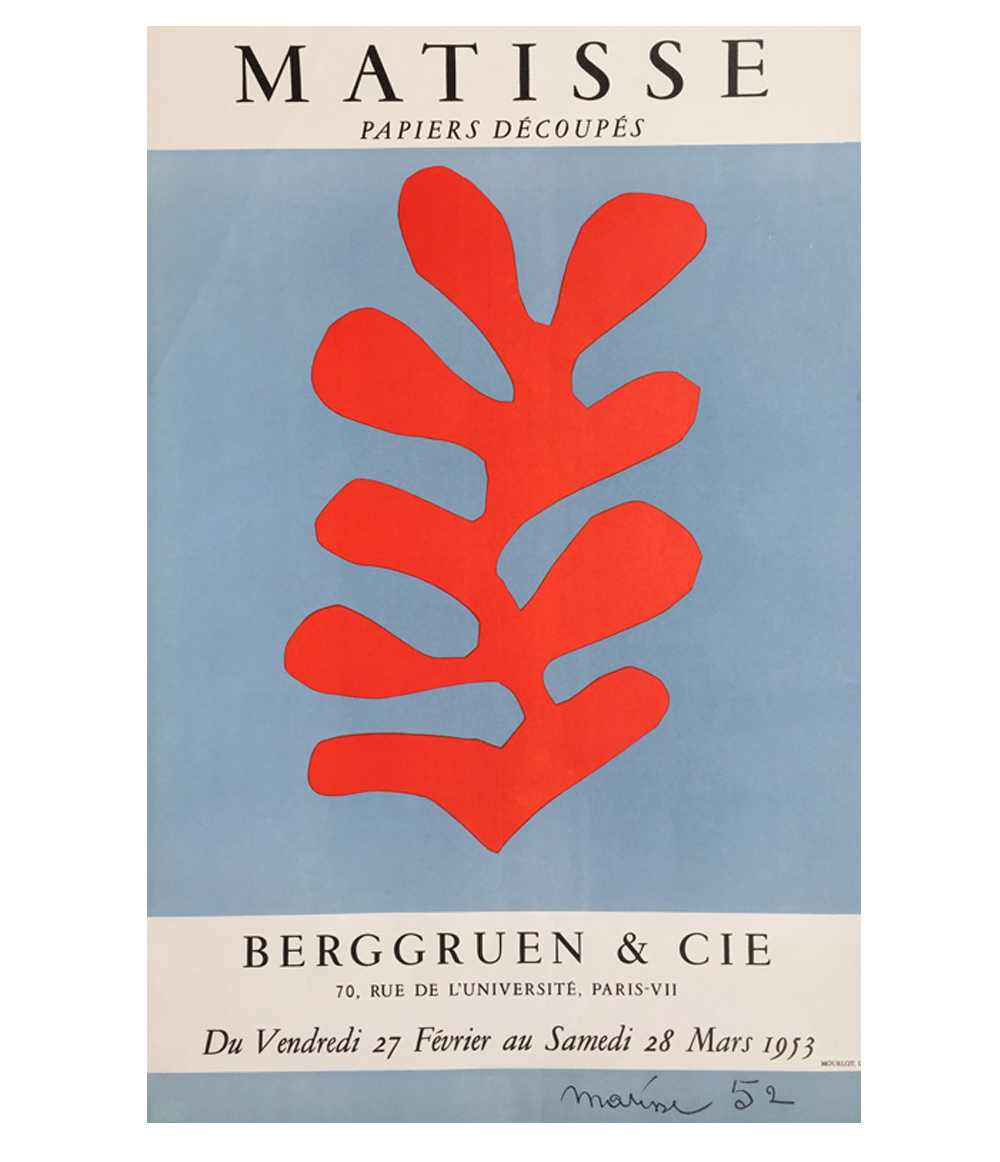 A wonderful Henri Matisse original poster created for an exhibition of the artist’s paper cutouts at Galerie Berggruen & Cie in 1953. An important collector piece, connecting some of Matisse’s most pioneering work with the influential art dealer and collector Heinz Berggruen, who was the first – during the artist’s lifetime – to discover the importance of Matisse’s almost abstract later works.

Berggruen was the son of a German-Jewish stationery store owner, who emigrated to the United States in 1936. Initially working as a freelance art journalist, before taking up a post in 1939 at the San Francisco Museum of Art. After the war, in 1947, he founded the first iteration of the Galerie Berggruen & Cie at Place Dauphine on the Île Saint-Louis in Paris, and began to collect and deal in modern art, specialising at first in books and lithographs. Three years later the gallery moved to 70 rue de l’Université, where it remained for thirty years.

Over the course of fifty years Heinz Berggruen largely concentrated on collecting works by Henri Matisse, Paul Klee, and Alberto Giacometti, and in 1996, as a gesture of reconciliation, he sold 165 works of art to the German federal government to form the core of the Berggruen Museum in Berlin, Germany. Returning art that had been despised and driven out by Hitler’s Germany, just as he was.

The image in this lithographic poster printed by Mourlot is Algue Rouge Sur Fond Bleu Ciel, 1952. This piece was then presented to Berggruen as a gift from the artist in 1953 (after the work was used for this poster.)