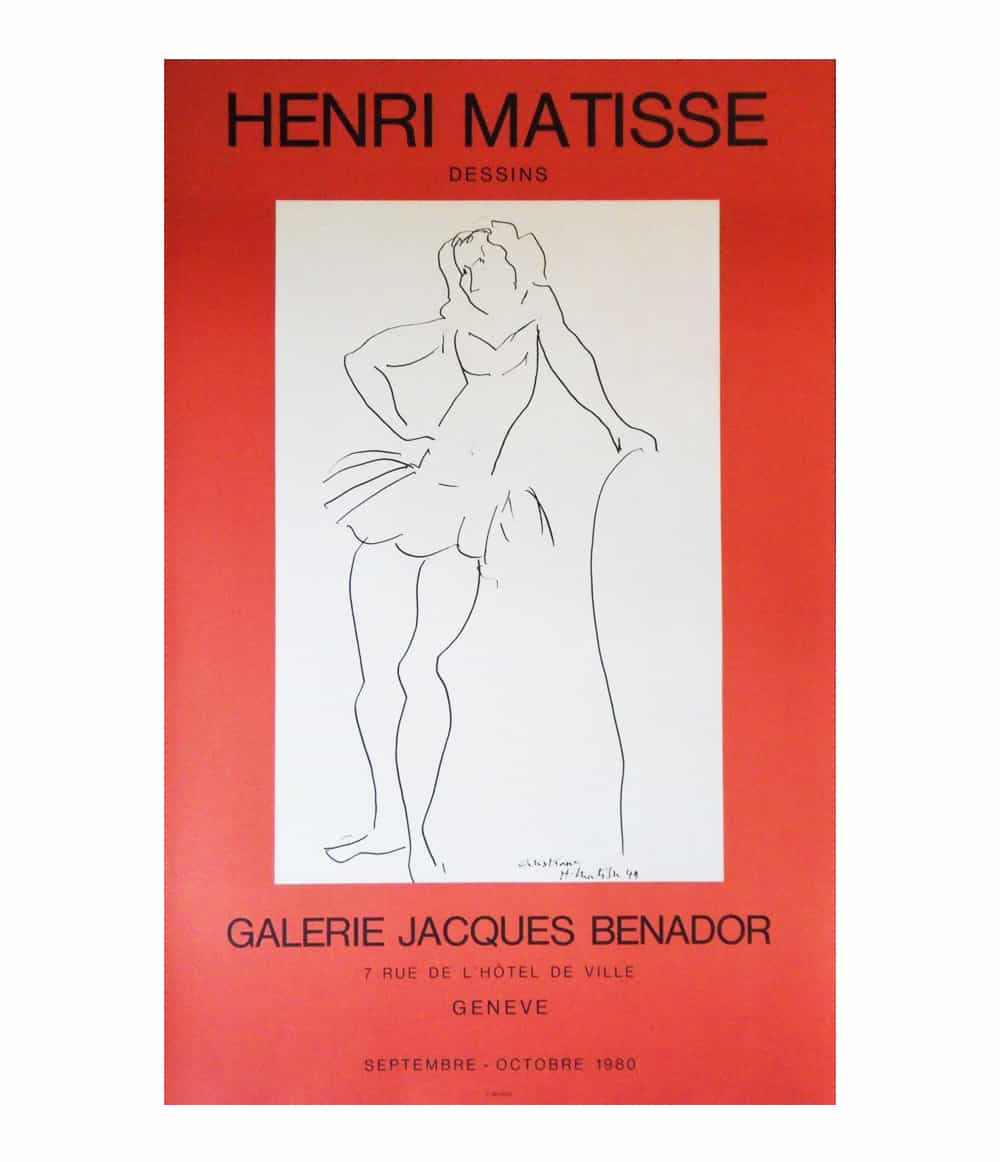 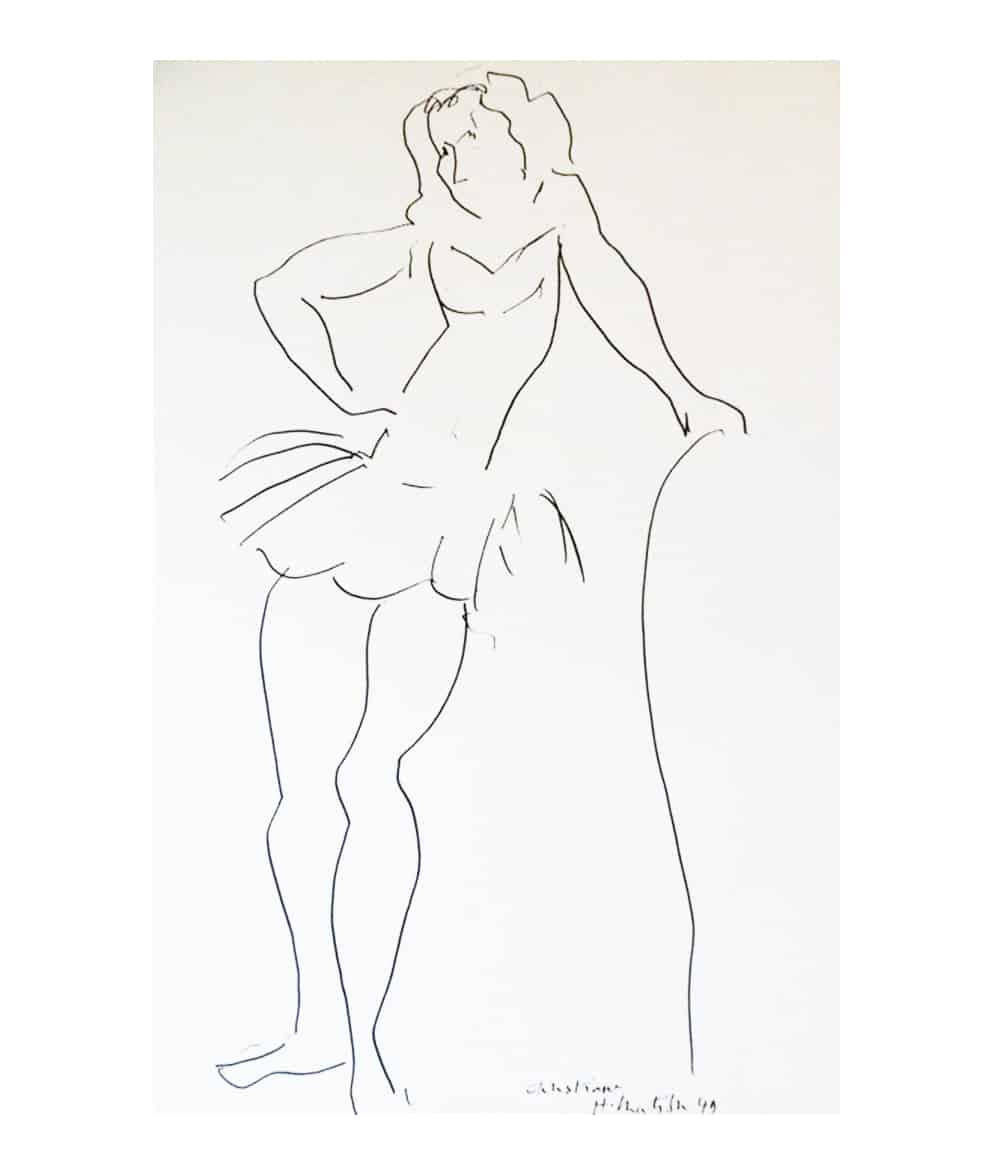 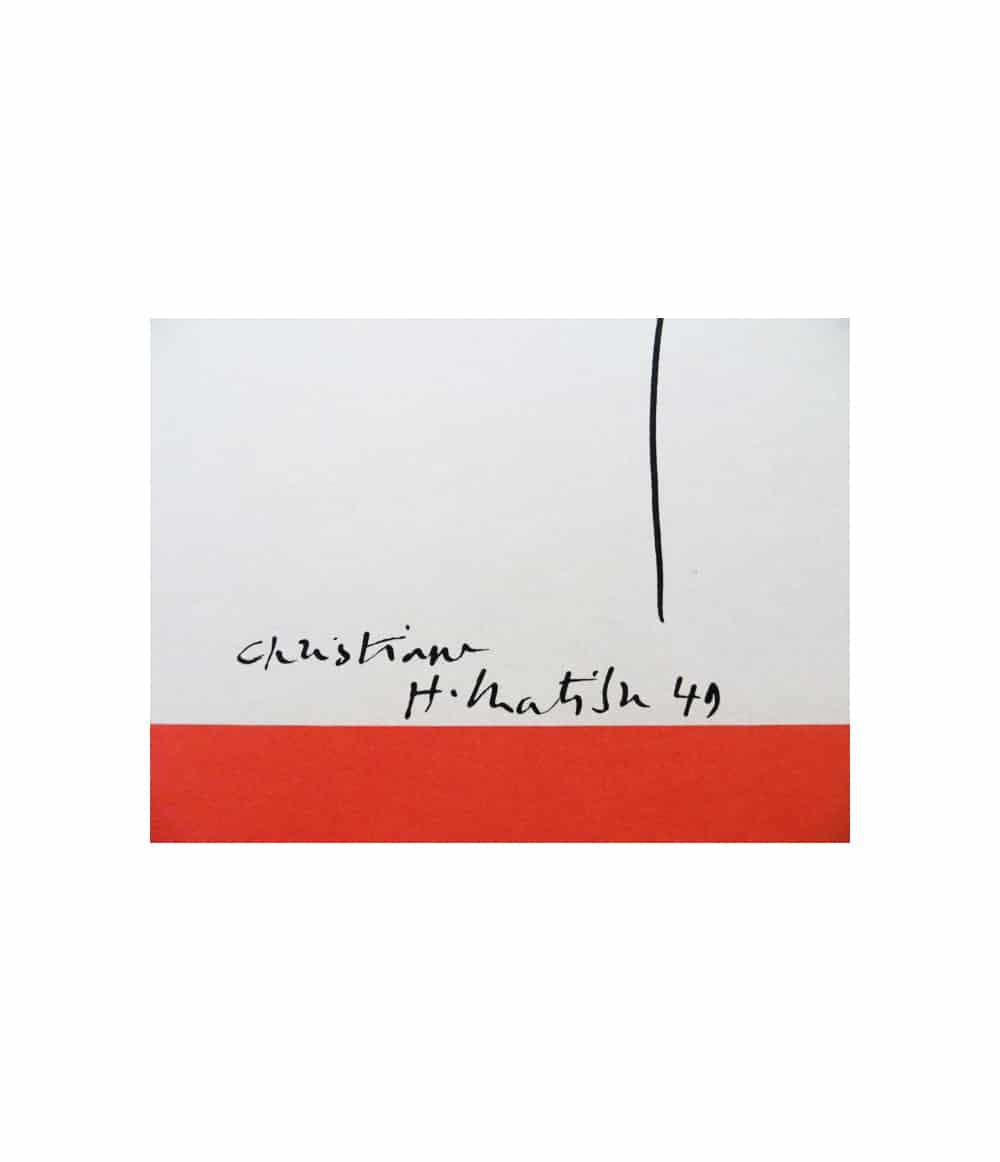 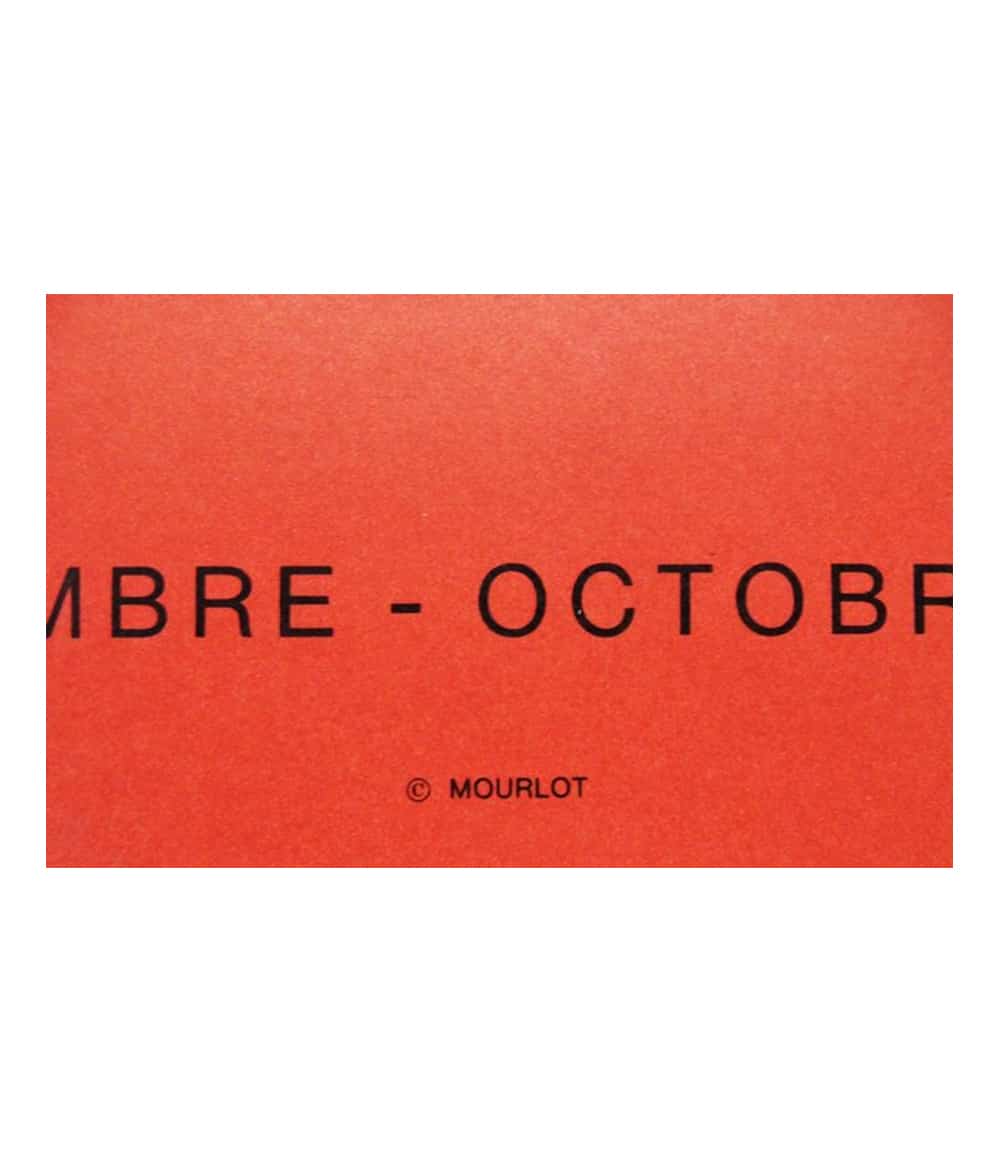 Christiane – Dancer, 1980 Lithograph printed in Mourlot studios, after the original artwork from 1949.

Printed signature in the plate

Original vintage lithograph poster for the exhibition Matisse in the Galerie Jacques Benador in Geneva in 1980.

Henri Matisse was born in Le Cateau-Cambrésis in northern France on December 31, 1869. The son of a middle-class family, he studied and began to practice law. In 1890, however, while recovering slowly from an attack of appendicitis, he became intrigued by the practice of painting. In 1892, having given up his law career, he went to Paris to study art formally. He joined Gustave Moreau’s studio at the Ecole des Beaux-Arts.

Matisse’s true artistic liberation, in terms of the use of colour to render forms and organise spatial planes, came about first through the influence of the French painters Paul Gauguin and Paul Cézanne and the Dutch artist Vincent van Gogh, whose work he studied closely beginning about 1899.