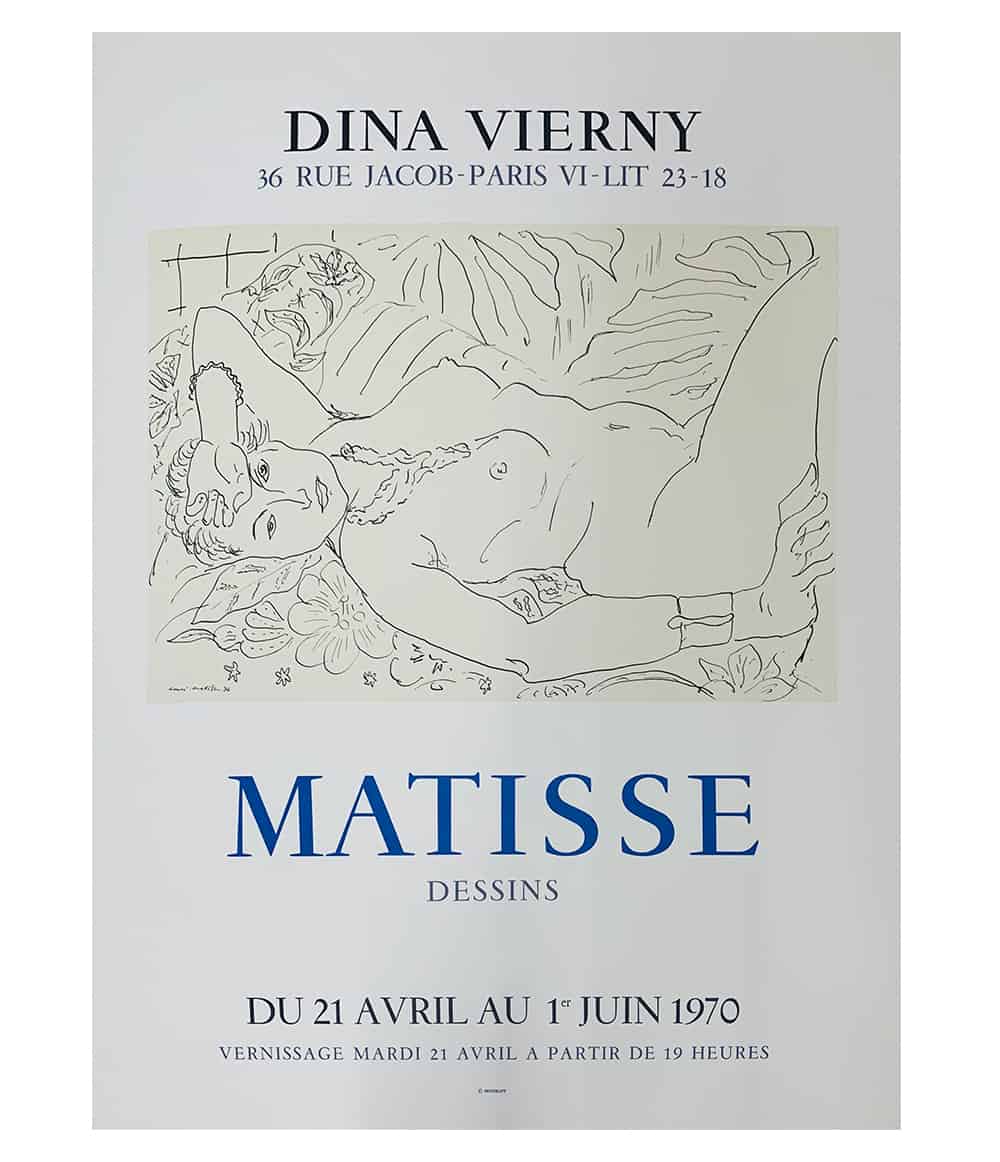 Condition: A | no marks, tears or staining

Matisse studied in Paris at the École des Beaux-Arts and became a student of William-Adolphe Bouguereau and Gustave Moreau. Regarded as the leader of the Fauvist movement, Matisse pursued the expressiveness of colour throughout his career, and by 1917, he celebration of colour reached its peak when he began to spend time on the French Riviera.

Henri Matisse was born in Le Cateau-Cambrésis in northern France on December 31, 1869. The son of a middle-class family, he studied and began to practice law. In 1890, however, while recovering slowly from an attack of appendicitis, he became intrigued by the practice of painting. In 1892, having given up his law career, he went to Paris to study art formally. He joined Gustave Moreau’s studio at the Ecole des Beaux-Arts.

Matisse’s true artistic liberation, in terms of the use of colour to render forms and organise spatial planes, came about first through the influence of the French painters Paul Gauguin and Paul Cézanne and the Dutch artist Vincent van Gogh, whose work he studied closely beginning about 1899.

Although intellectually sophisticated, Matisse always emphasised the importance of instinct and intuition in the production of a work of art. He argued that an artist did not have complete control over colour and form; instead, colours, shapes, and lines would come to dictate to the sensitive artist how they might be employed in relation to one another.