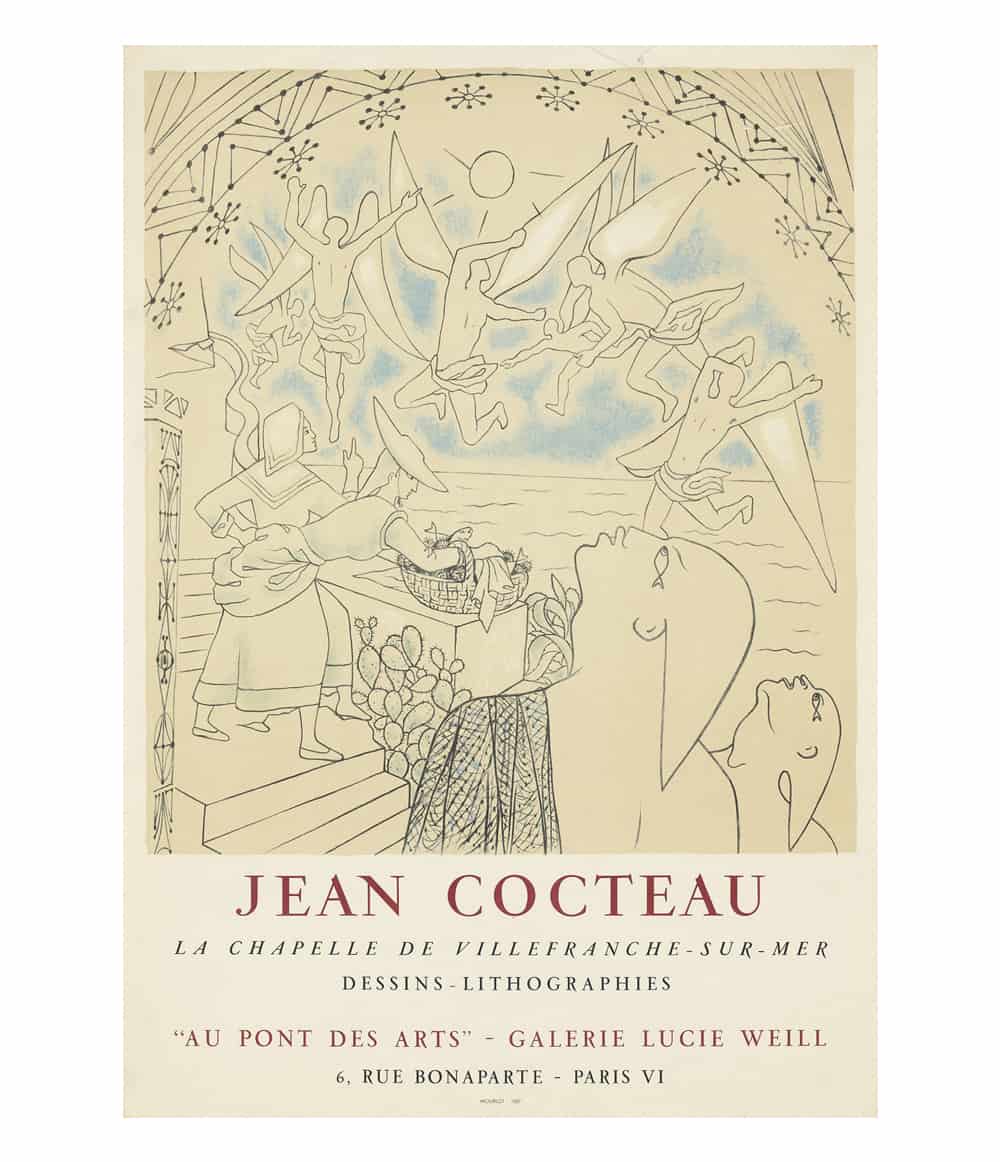 The poster was produced by Atelier Mourlot, a fine art lithographic printers who, in the early 20th century, invited some of the most celebrated artists of the time to the studio to collaborate on traditional stone lithography. Artists such as Braque, Calder, Chagall, Dufy, Léger, Matisse, Miró and Picasso worked with Mourlot to produce visually striking lithographs that were used as posters to promote the artists’ work or exhibitions and pasted up all over cities. Today, these beautifully lithographed posters make the perfect interior decoration and are collectable works of art in their own right.

Comes with a certificate of provenance signed and dated by Mourlot

Cocteau was a playwright, a novelist, artist, poet, designer, and filmmaker. He truly was a renaissance man living in Paris through the city’s great artistic heyday. During the years of the Great War, Cocteau began to associate himself with artists across differing spheres, including the Russian ballet director Diaghilev, composers Stravinksy and Satie, and Picasso; however, it was not until his later life that Cocteau added art to his creative endeavors and experimented with pastels, prints, and posters. He eventually took up easel painting in 1950.