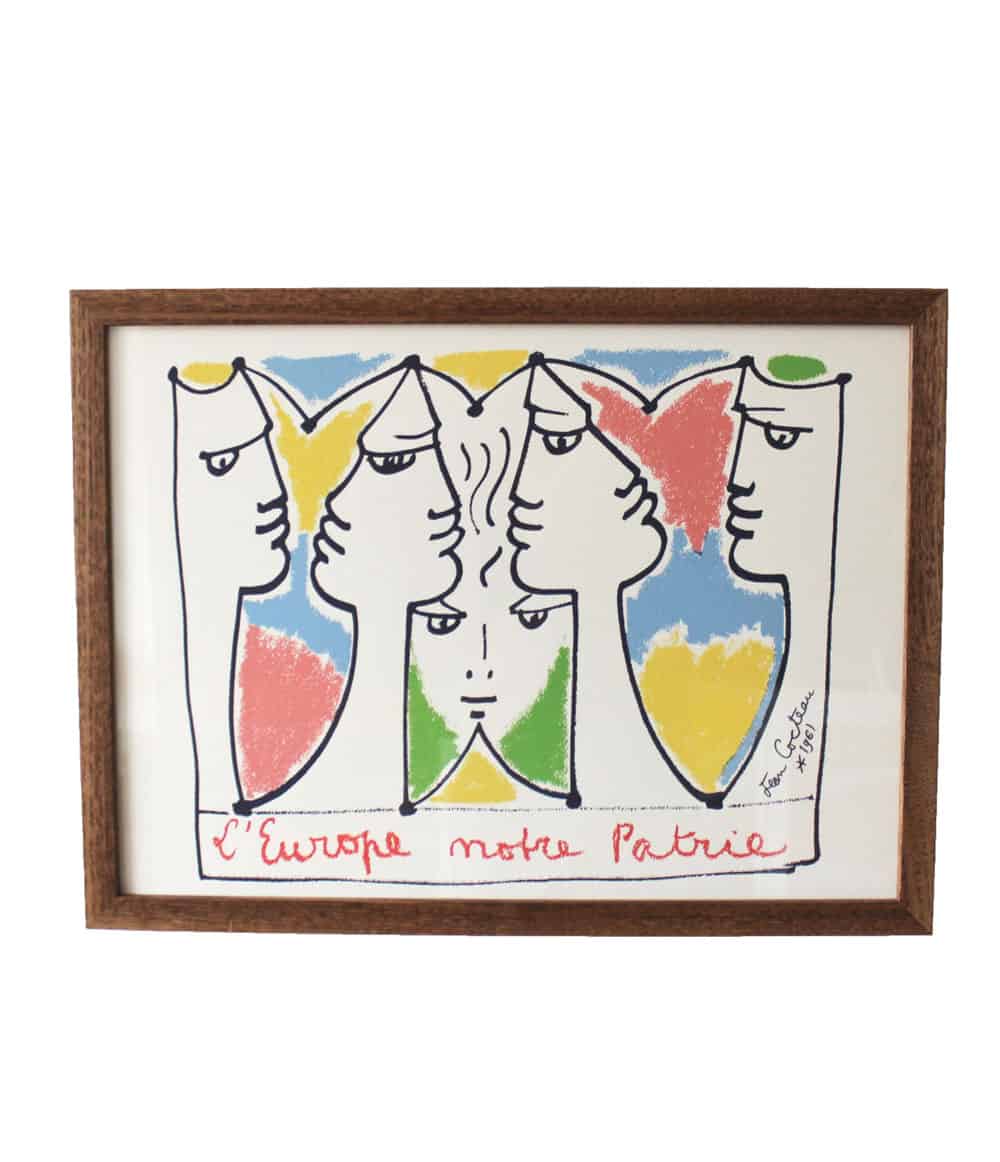 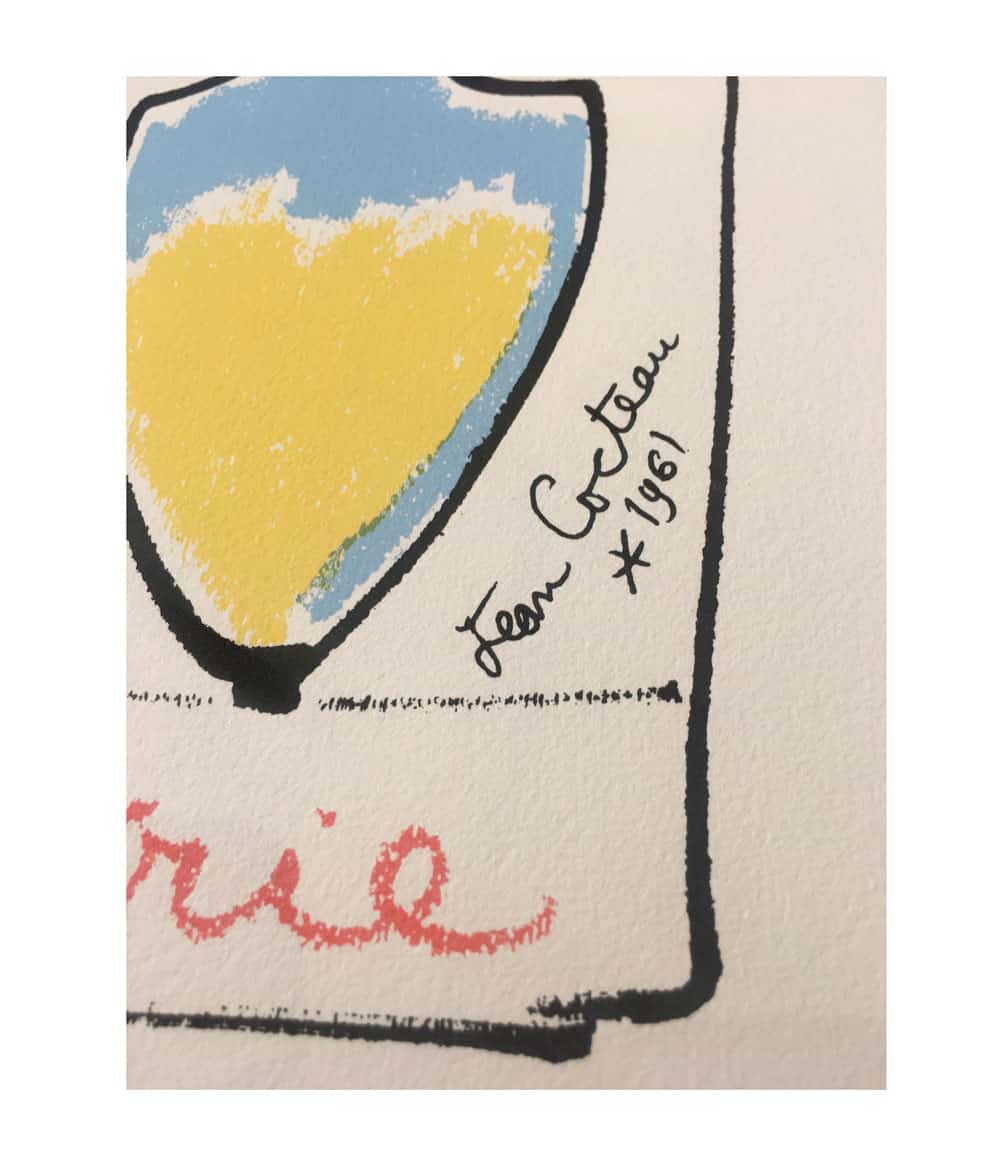 Traditional Luxury Silkscreen print of the portfolio limited to an edition of 600.

In 1961, two years before his death, Jean Cocteau became passionate about a project for European stamps entitled “Europe is my homeland, I believe in Europe”, initiated by manufacturer and publisher Mario Sciaky.

One of thirteen designs and plates of screen-printed drawings which were made in this series. Sciaky publications produced a limited number of books which included; an introduction with a colour portrait of Cocteau, Sketches for the concept of the stamp. The publication also includes two full sheets of stamps, along with a sequence of 13 colour silkscreens by Cocteau (dated December 1961).

This is a silkscreen print also referred to as screen printing or serigraph. It is a traditional method that is based on the technique of stencilling. A fine mesh is used as the stencil, the ink is then forced through the unblocked areas of the mesh and onto the printing surface.  Screen printing only prints one colour at a time, so several screens are required to produce a multicoloured design, but it can use very specialist inks to create innovative print finishes.