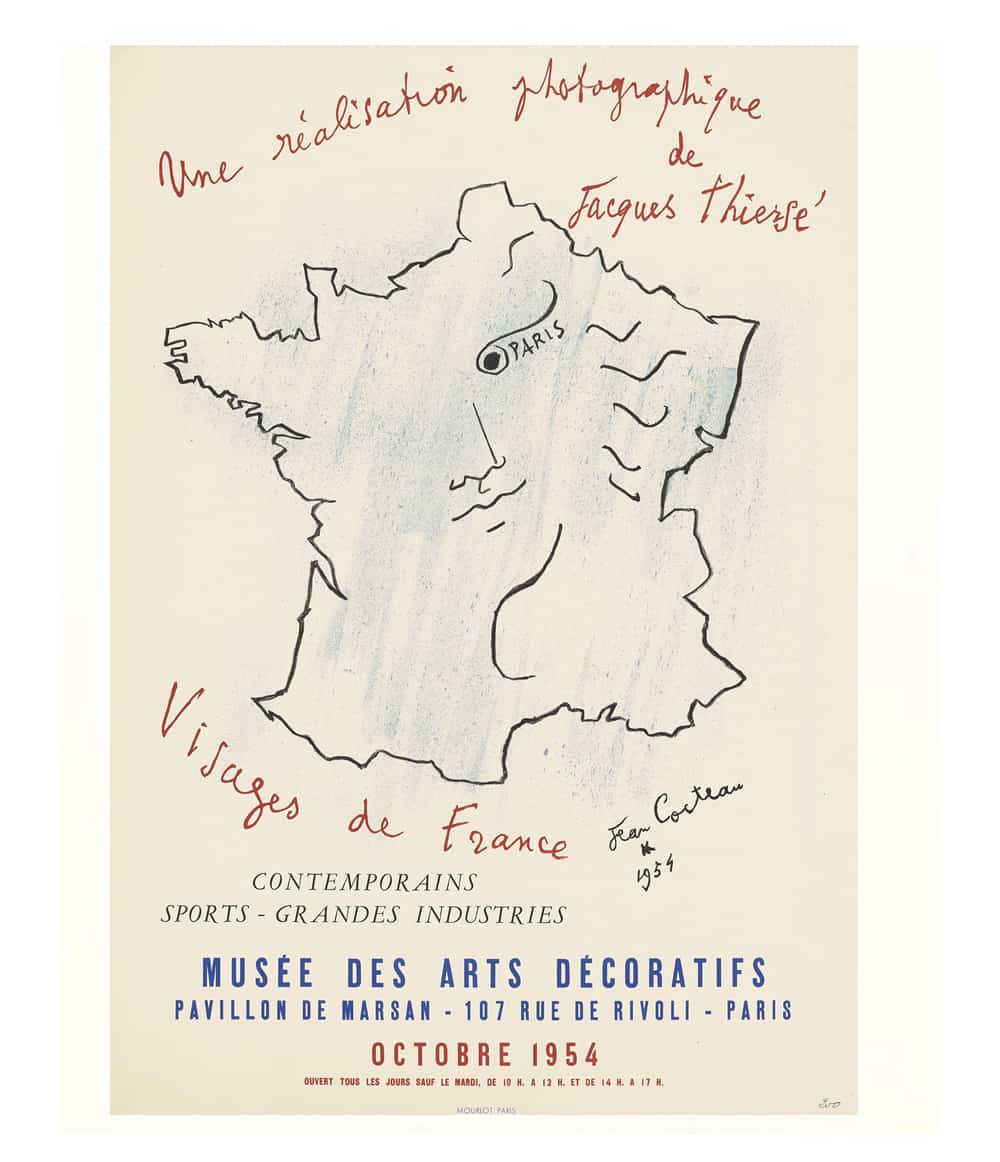 Jean Cocteau Visages France lithograph is the original poster for an exhibition at the Musee des Arts Decoratifs in Paris.”Visages de France: Une réalisation photographique de Jacques Thiersé,”. The lithographed image features a line drawing of France along with Cocteau’s distinct and beautiful handwriting. The poster was produced by Atelier Mourlot, a fine art lithographic printers who, in the early 20th century, invited some of the most celebrated artists of the time to the studio to collaborate on traditional stone lithography.

Comes with a signed and dated certificate of provenance.