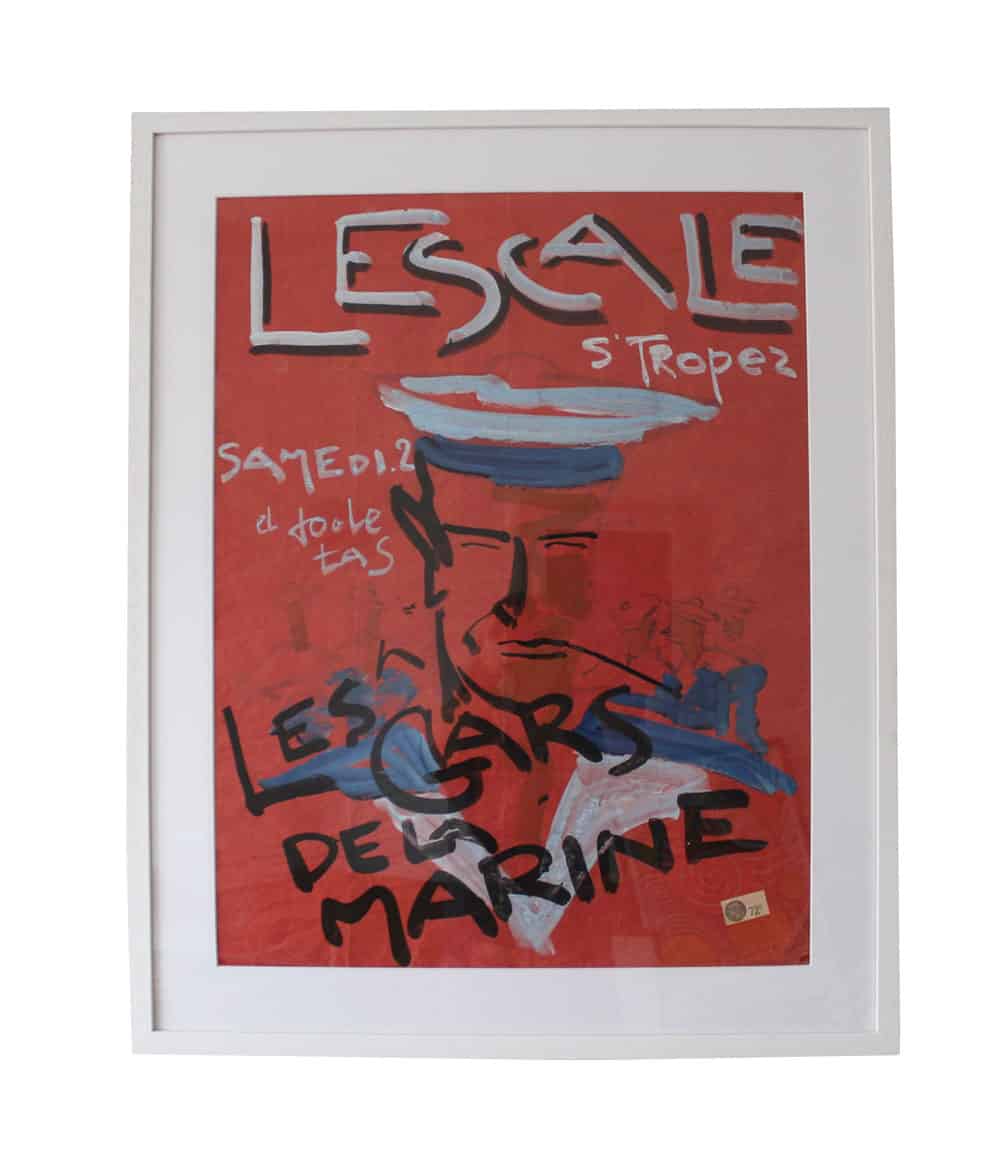 One of two hand-painted posters for L’escale nightclub in Saint-Tropez. Completely unique piece; possibly the only in existence, as it appears the two deigns we have were never used.

Les Gars De La Marine ( The Guys From The Navy)

Tax stamp in the corner.

Slight folding creases, due to storage. No rips or tears. In amazing condition for age.

Framed in white wood: 79cm x 64cm. Kept flat using foam board, so the art is not stuck down and damaged. Can easily be removed from frame. Artwork is complemented by an extra-thick window mount, creating a visual separation between print and frame. The mount is 2600 microns thick and acid-free, which ensures it will not discolour over time.

José de Zamora, born in Madrid in 1889, was a painter, draftsman, fashion designer and writer. Student of Eduardo Chicharro, José de Zamora studied painting before devoting himself to fashion design and illustration. His first drawings were made in 1910 for the magazines “Nuevo Mundo” and “La Esfera”.

He moved to Paris where he worked for a few months as a designer in the workshop of the major fashion designer of the time, Paul Poiret. Zamora designed models for princesses, singers and great actresses.

When the First World War started in 1914, the artist returned to work in Spain. In 1918, in San Sebastián, Sergei Diáguilev and Anna Pávlova commissioned him costumes for their ballets. In 1918, he opened his first fashion house in Madrid, with French models that attracted elegant clients and actresses.

In the 1920s, the artist successively made posters for the Casino de Paris, the Bataclan, the Moulin Rouge, Mogador Theatre and the Folies Bergères. From 1921 to July 1922, he created a fashion section in the magazine “Nuevo Mundo” under the title “La Gaceta del Buen Tono”.