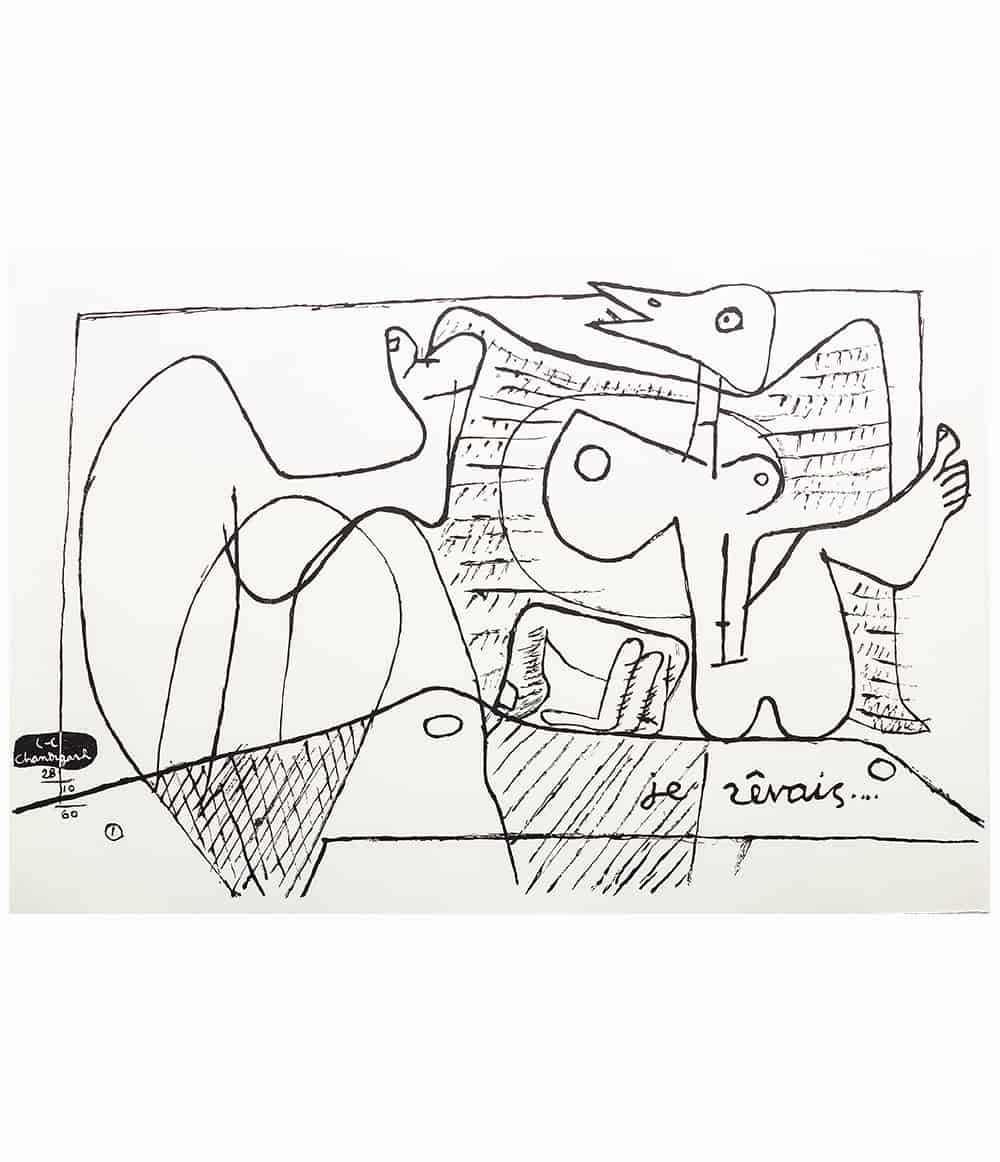 A beautiful and rare edition lithograph. Le Corbusier Je Revai lithograph.
One of twelve different plates, from: Cortège (Weber 86-97, 100-101)
The lithographs and etchings are a result of the collaboration between Heidi Weber and Le Corbusier.

Black and White Edition of 150