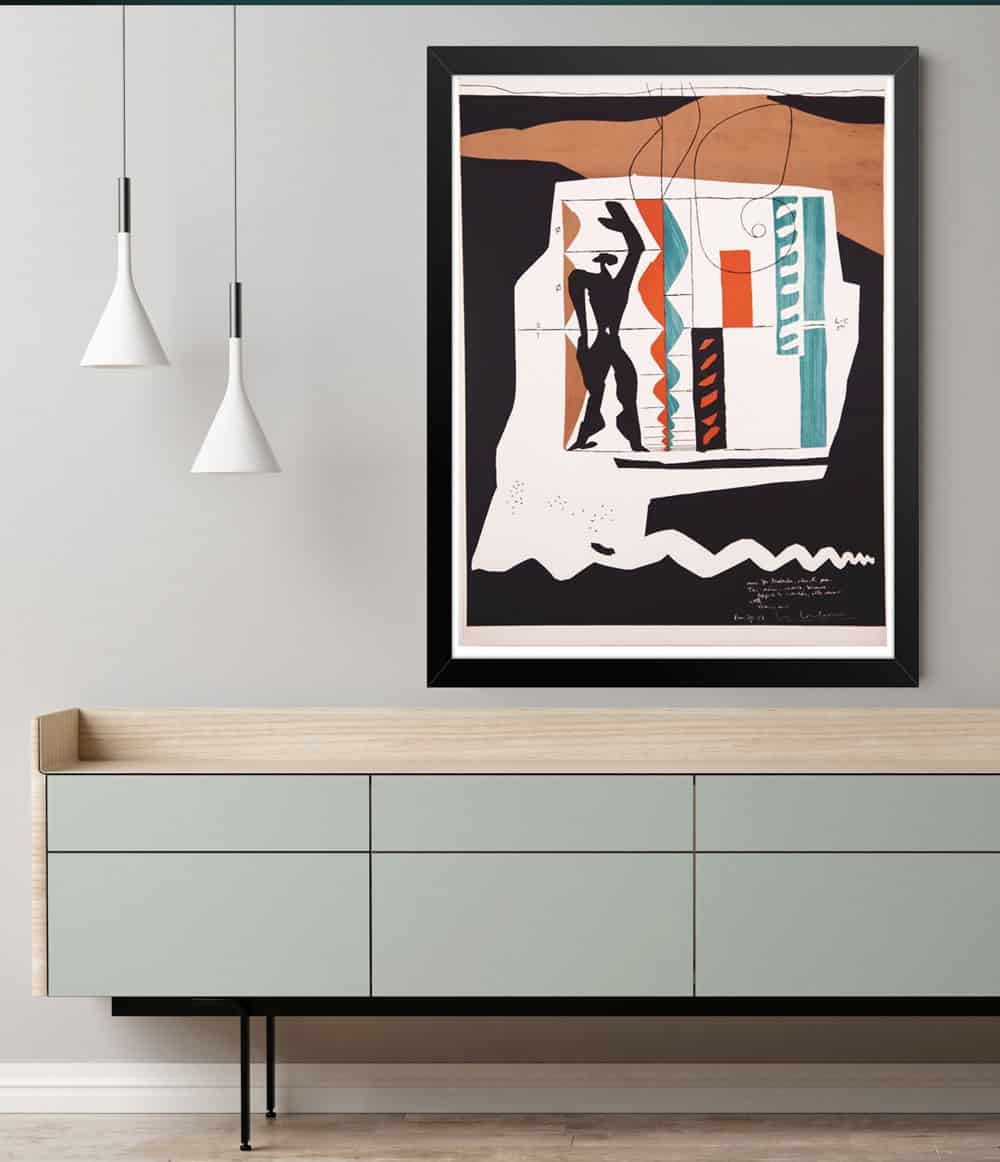 This rare Le Corbusier Modulor lithograph for sale, depicts the Modulor Man, a figure with an important role in the artist’s architectural work. Following in the footsteps of Pythagoras and Da Vinci he devised the anthropometric scale we see here.
Choosing a male figure, arm raised, as the standard of measurement – representing the ‘every man’. Signed in the stone with a intriguing annotation by the artist, ‘Friend of Modulor, search by yourself, invent, discover… Bring your inventions, they will be useful. Thank you friend, Le Corbusier.’
This print comes with a Certificate of Provenance, signed and stamped by Eric Mourlot.

Le Corbusier was a French-Swiss architect, designer, and painter who, along with Frank Lloyd Wright, Walter Gropius, and Mies van der Rohe, is considered one of the most influential architects of the 20th century. Credited with pioneering the Modernist architecture, Le Corbusier popularised open-floor style edifices, the extensive use of concrete in urban buildings, as well as several chair and sofa designs. “Architecture is the masterly, correct and magnificent play of masses brought together in light,” he once explained. “Our eyes are made to see forms in light; light and shade reveal these forms; cubes, cones, spheres, cylinders or pyramids are the great primary forms which light reveals to advantage.”