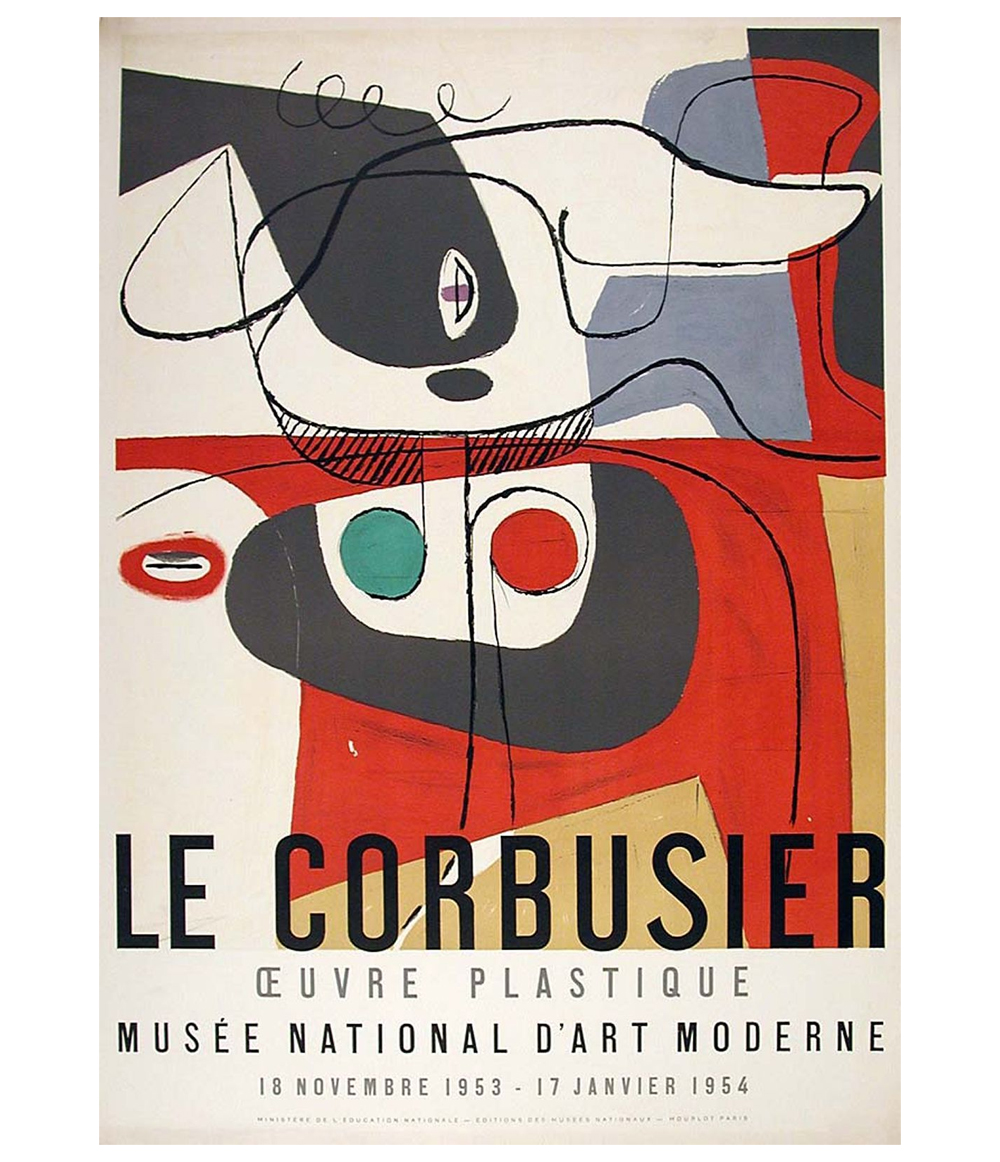 Heidi Weber  encouraged Le Corbusier to give his poetry an expression which could be accessed and afforded by those who were interested in art, but who had limited financial resources. It began with copperplates which Heidi Weber brought to Le Corbusier to be engraved. She was able to convince him to create and distribute her concept. In spring 1960, Le Corbusier introduced her to the famous Parisian printer: Fernand Mourlot.

Although the creation of the individual lithographic works is solely due to Le Corbusier’s efforts, we have to thank Heidi Weber for the fact that these lithographic works actually came into existence, as the genesis of these works can be traced back to her initiative and her encouragement. Fernand Mourlot’s craftsmen’s artwork and precision ensured the quality of the lithographs.

Le Corbusier was a pioneer of what is now called modern architecture and a leader of the International Style. The prominent—and largely self-taught— architect was also an accomplished painter and writer. Le Corbusier’s art emphasised clear forms and structures, corresponding to his architecture, which is based on elemental geometric forms. In 1943 he applied a similar interdisciplinary approach to developing “Modulor”, a system of proportion based on the male figure and the Golden Ratio, used to determine the proportions of units in architecture and technology. It is also the basis of his work in furniture design. Le Corbusier placed systems of harmony and proportion at the centre of his design philosophy.