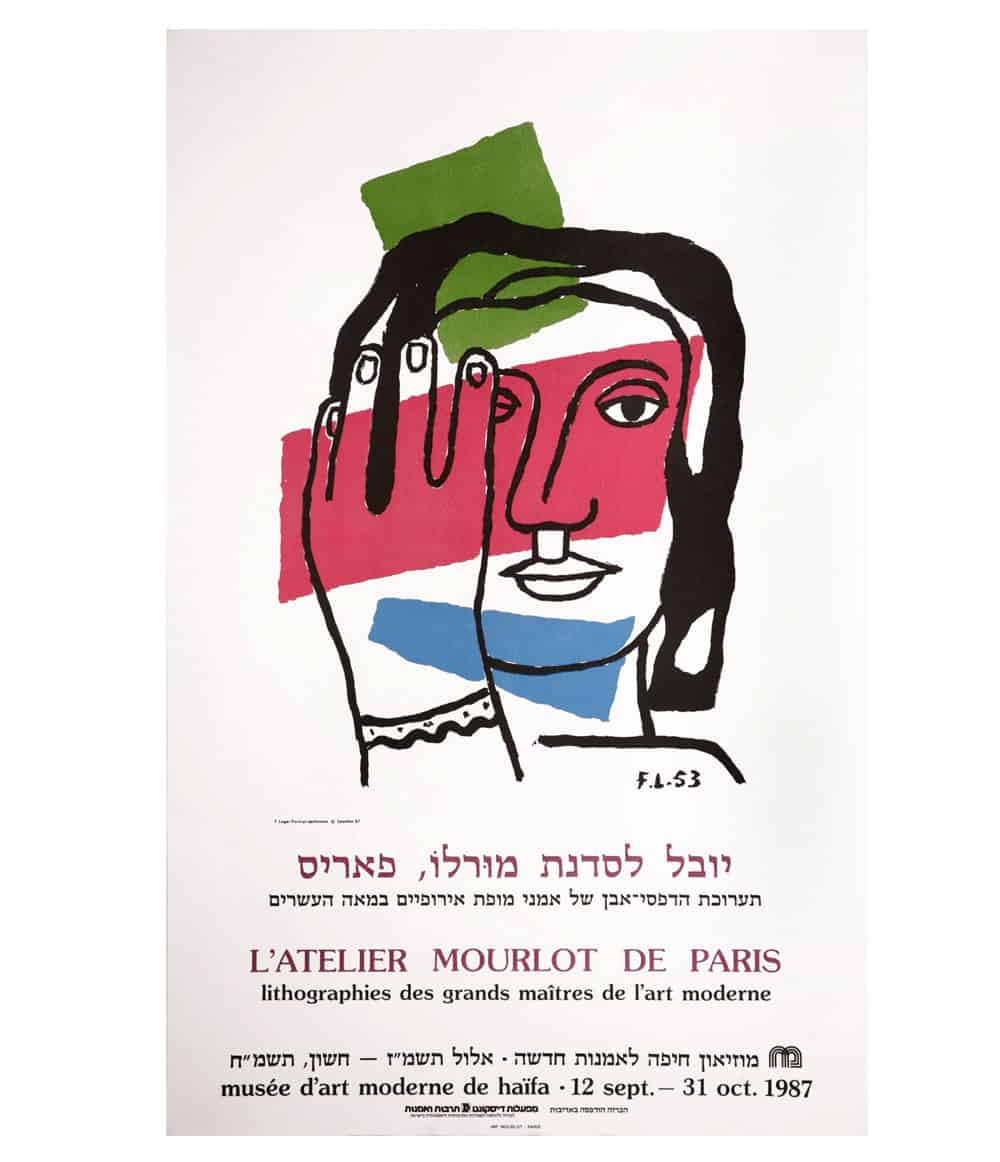 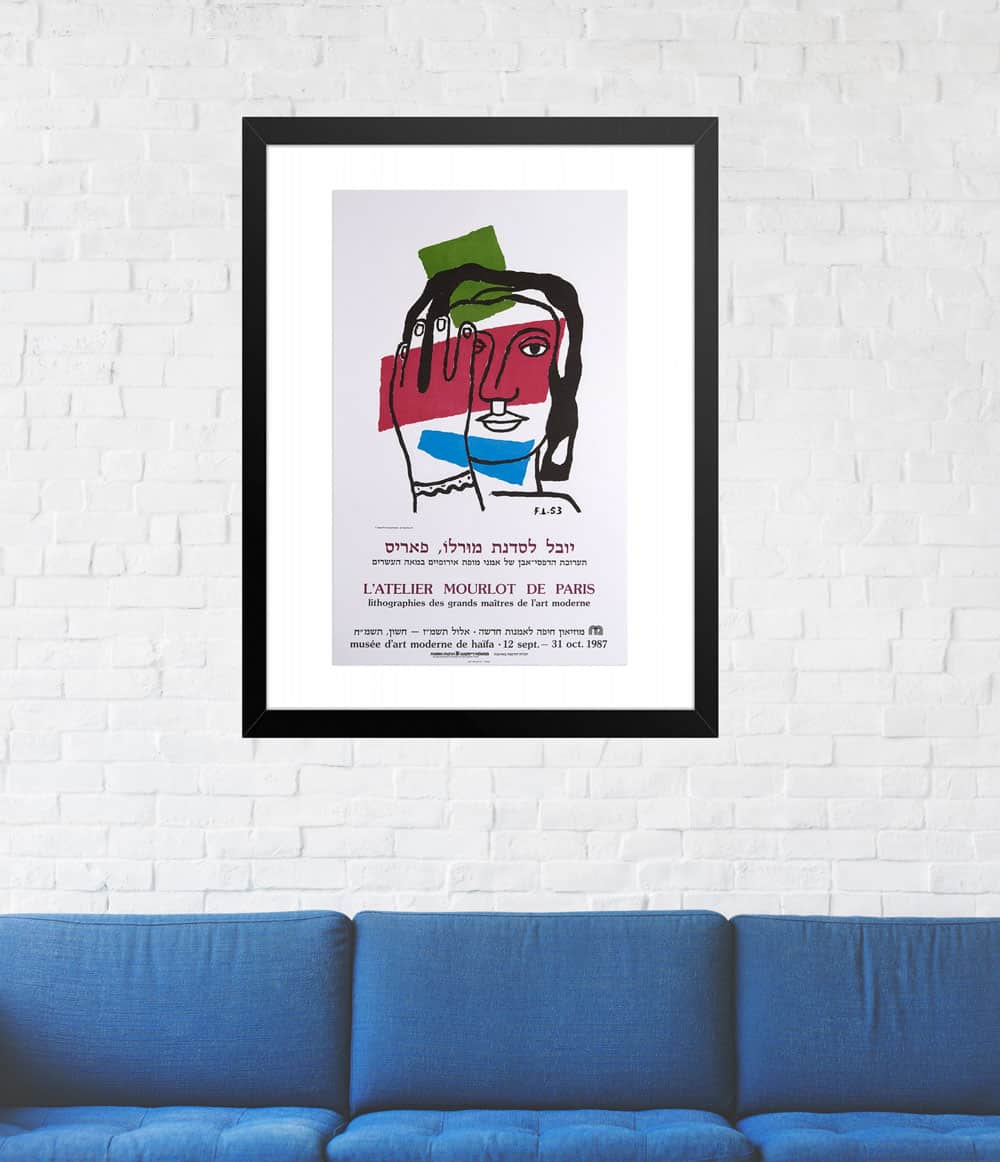 This lithographic poster from Fernand Leger, makes exquisite use of lithography’s capacity for layering colour and line. It was produced for the Modern Art Museum of Haifa when it held an exhibition of Mourlot lithography in 1987. This colourful composition by Léger was chosen to represent the show. Comes with a Certificate of Provenance, signed and stamped by Eric Mourlot.

Fernand Léger was a French painter, sculptor and print maker. Considered a foundational figure in the development of Cubism alongside contemporaries Georges Braque and Pablo Picasso, painter Fernand Léger pioneered an abstract style all of his own: His aesthetic, which features bold primary colours and disjointed, conical forms, has been informally called “Tubism.” Léger’s graphic, flattened scenes of contemporary city life, circuses, and common objects offered an accessible approach to Cubist styles. His bold simplified treatment of modern subject matter has caused him to be regarded as a forerunner of pop art. His mature work underwent many changes, from his Cubist-derived abstraction in the 1910s to distinctive realist imagery in the 1950s. His service during World War I sparked an interest in the machines and elements of industry that appear across his later canvases.

In the decade before his death, Léger’s wide-ranging projects included book illustrations, monumental figure paintings and murals, stained-glass windows, mosaics, polychrome ceramic sculptures, and set and costume designs. In 1955 he won the Grand Prize at the São Paulo Bienal. Léger died on August 17 of that year at his home in Gif-sur-Yvette, France. The Musée Fernand Léger was inaugurated in 1960 in Biot, France.