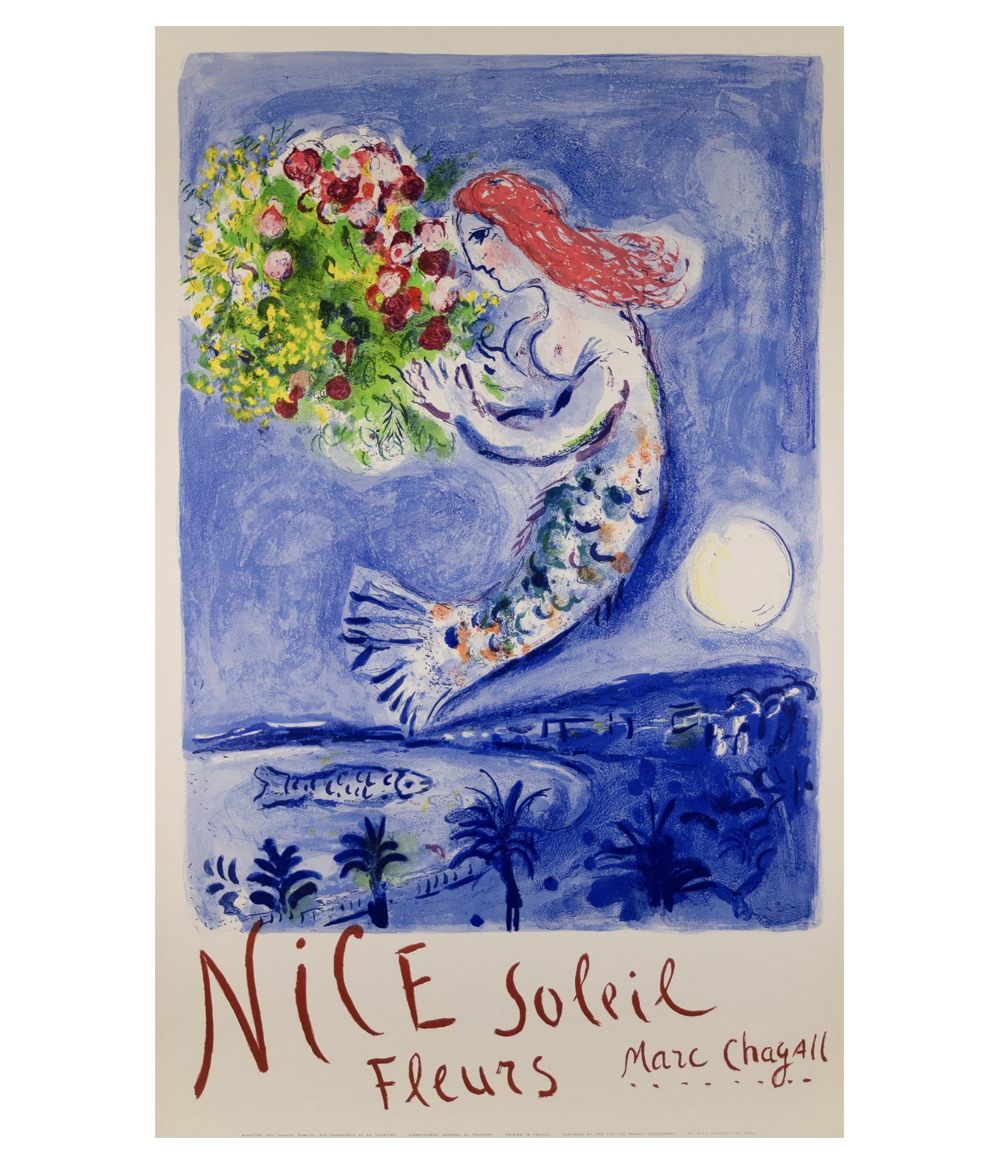 This Marc Chagall Nice lithograph, La Baie des Anges (The Bay of Angels) a stone lithographic poster created in 1962. Original vintage travel poster advertising Nice and Cote d’Azur designed for the French Tourist Commissariat. The image depicts a beautiful siren presenting a bunch of flowers under the light of a full moon. She floats above the city of Nice, against dreamy brush strokes of a deep blue night sky.

The sunny climes and vivid colours of Nice and the Côte d’Azur attracted many famous artists during the first half of the 20thcentury including Marc Chagall, Pablo Picasso, and Henri Matisse. It was in Nice that Chagall believed he was “born for the second time,” as he relished in the warm sun and clear, blue waters of the Mediterranean, and his whimsical imagery reflects the love that he held for Nice.

Chagall lived his final years in Saint Paul de Vence from 1966-1985, where he was constantly in motion on new projects, even up to the day he died at age 97 (his tomb can be found in the Saint Paul de Vence cemetery).   His works can be found up and down the coast …and sometimes crop up in surprising places, like at the winery Sainte Roseline where a Chagall mosaic covers a wall in the chapel, or in the back of L’Ane Rouge restaurant in the Nice Port, where you can find a red ceramic donkey, a gift to his stubborn red-haired mistress, Anne, who he nicknamed L’Ane Rouge.