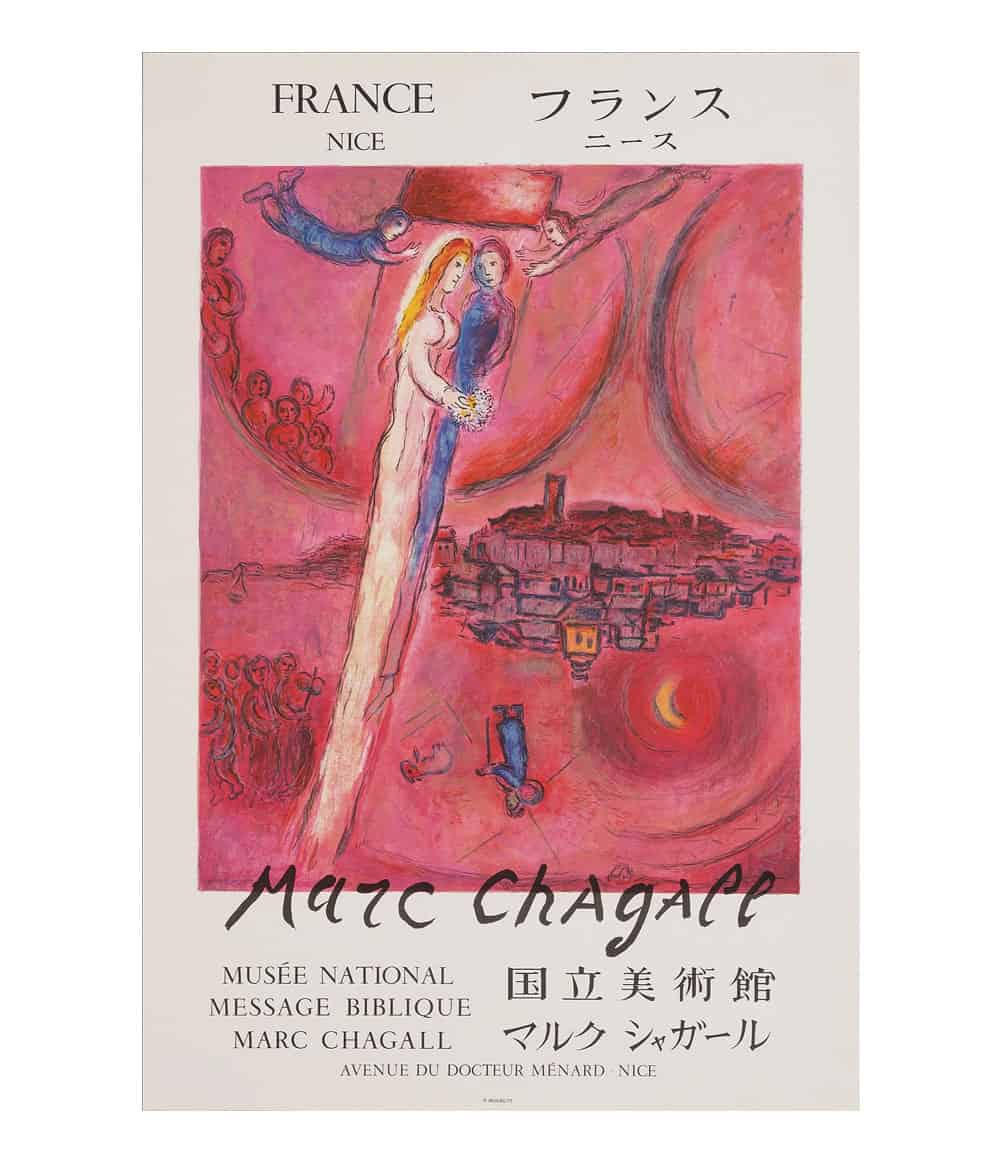 A wonderful lithograph from modern master Marc Chagall, created to promote the Musée National Message Biblique in Nice, France to Japanese visitors. The lithograph is based on Chagall’s oil painting “Le Cantique des Cantiques III” (now in the collection of the Musée National Marc Chagall, Nice). It was printed from the same plate as the signed edition, on slightly thinner paper. Created by Charles Sorlier at the atelier Mourlot in 1974 for the National Museum in Nice with Japanese text. During this period Japanese collectors were taking a particular shine to the work of Chagall, enticed by his incredible use of vivid colour. In response to this, the Museum wanted to attract more visitors from Japan to the South of France, so they included a translation on the lithograph.

Comes with a signed and dated certificate of provenance