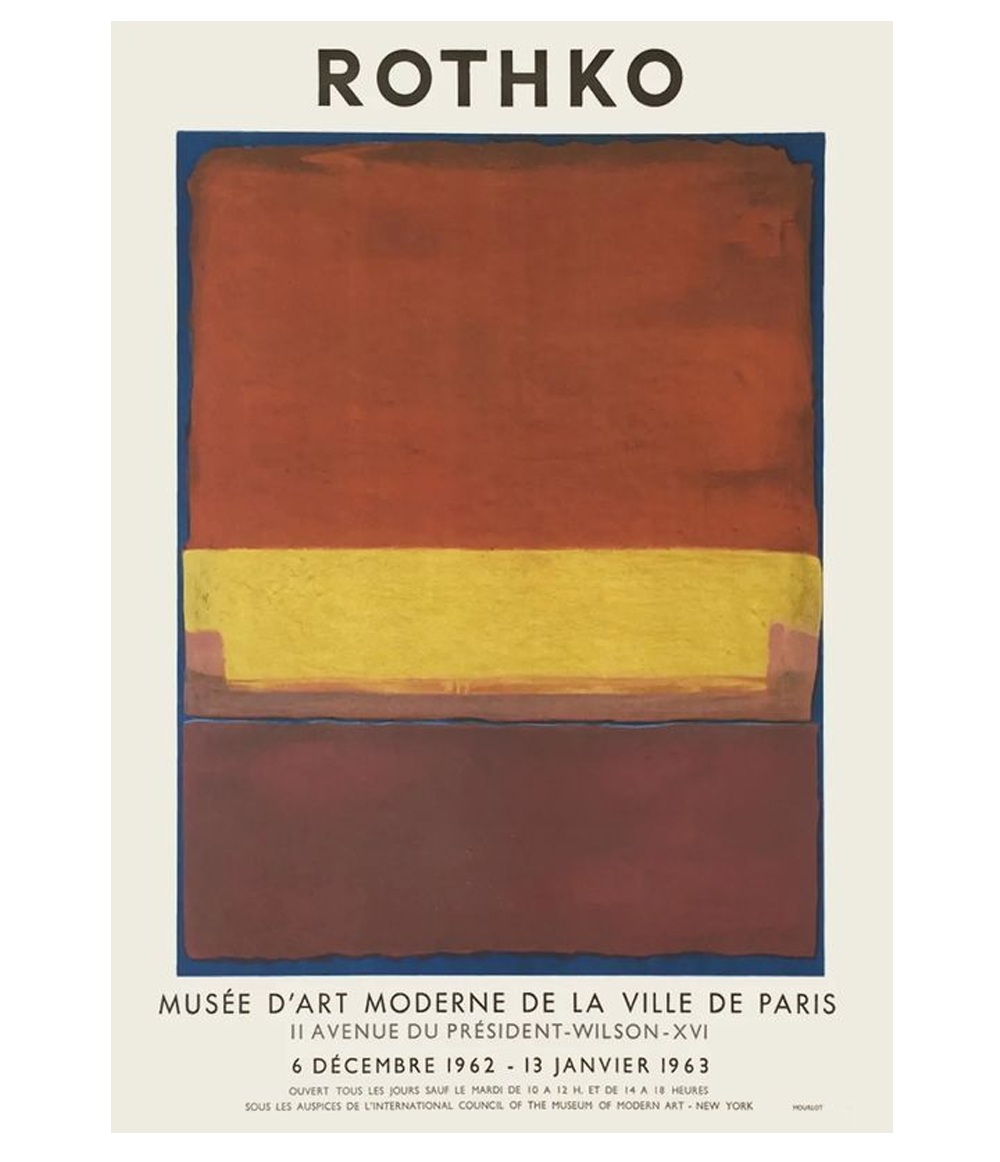 Mark Rothko was an intellectual of the highest level, a cultured man who loved music and literature; he was interested in philosophy, especially the writings of Nietzsche and Greek mythology. Rothko first developed his compositional strategy in 1947. Described as “Colour Field painting” by critic Clement Greenberg in 1955—a term that stuck—it is a style characterised by significant open space and an expressive use of colour. Influenced by the work of Matisse, the early 1950s marked a maturity of style in his work, with brightly coloured rectangles seeming to levitate on the surface of the canvas.

The Museum of Modern Art in New York, devoted an important solo exhibition to him in 1961. Mark Rothko created murals for Harvard University in 1962 and in 1964, he accepted a mural commission for an interfaith chapel in Houston.