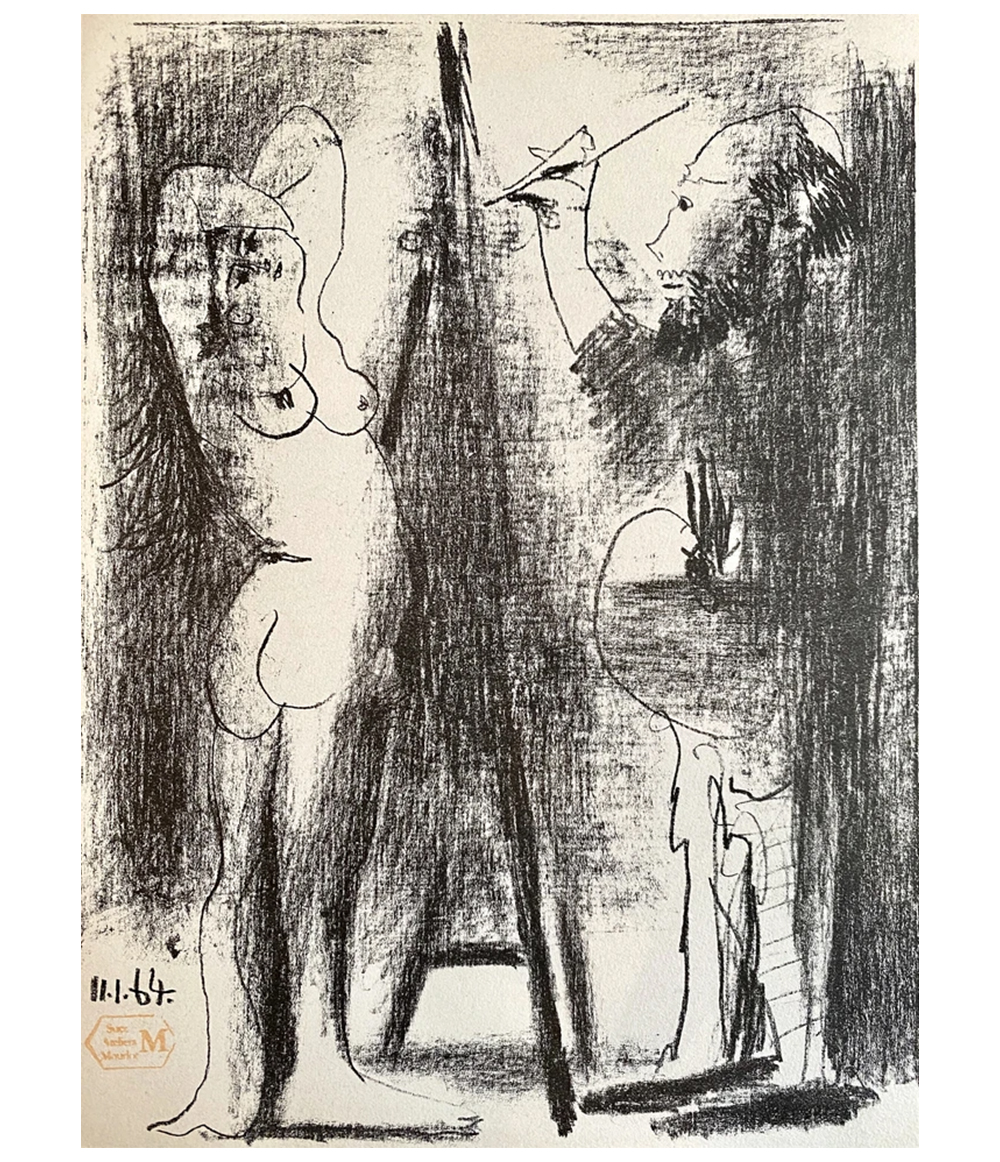 Pablo Picasso – The Artist and his Model II

Lithographic crayon on transfer paper transferred to stone. This lithograph was produced at the request of Fernand Mourlot for the catalogue of a traveling exhibition, Original lithograph ‘Le peintre et son modele’. Printed in Paris in 1964 by Mourlot Freres and issued in a limited edition of 2000 on Arches wove paper. This original Picasso lithograph is from the scarce and beautifully produced limited edition catalogue, ‘Prints from the Mourlot Press’. Published in 1964 by Mourlot on the occasion of their landmark traveling exhibition, which was sponsored by the French Embassy and The Smithsonian.

This beautiful lithography was printed at l’Atelier Mourlot, the most celebrated print shop of the 20th century.

Founded in Paris in 1852, l’Atelier Mourlot has been synonymous with fine art lithography for over 150 years. From 1930, under the direction of the founder’s grandson, Fernand Mourlot, leading artists were invited to the studio to collaborate on traditional limestone lithography. For painters like Picasso, the medium provided an exciting new form of expression.

Picasso met Fernand Mourlot in October 1945 after much encouragement from Henri Matisse and Georges Braque. As they predicted, Picasso soon became obsessed with the possibilites of lithography and amazed the Mourlot team with his artistic audacity and talent. He proceeded to make many innovative experiments on the limestones. He would stay at the Mourlot print workshop for several months at a time, 12 hours a day, and over the course of 20 years he created nearly 400 lithographs.