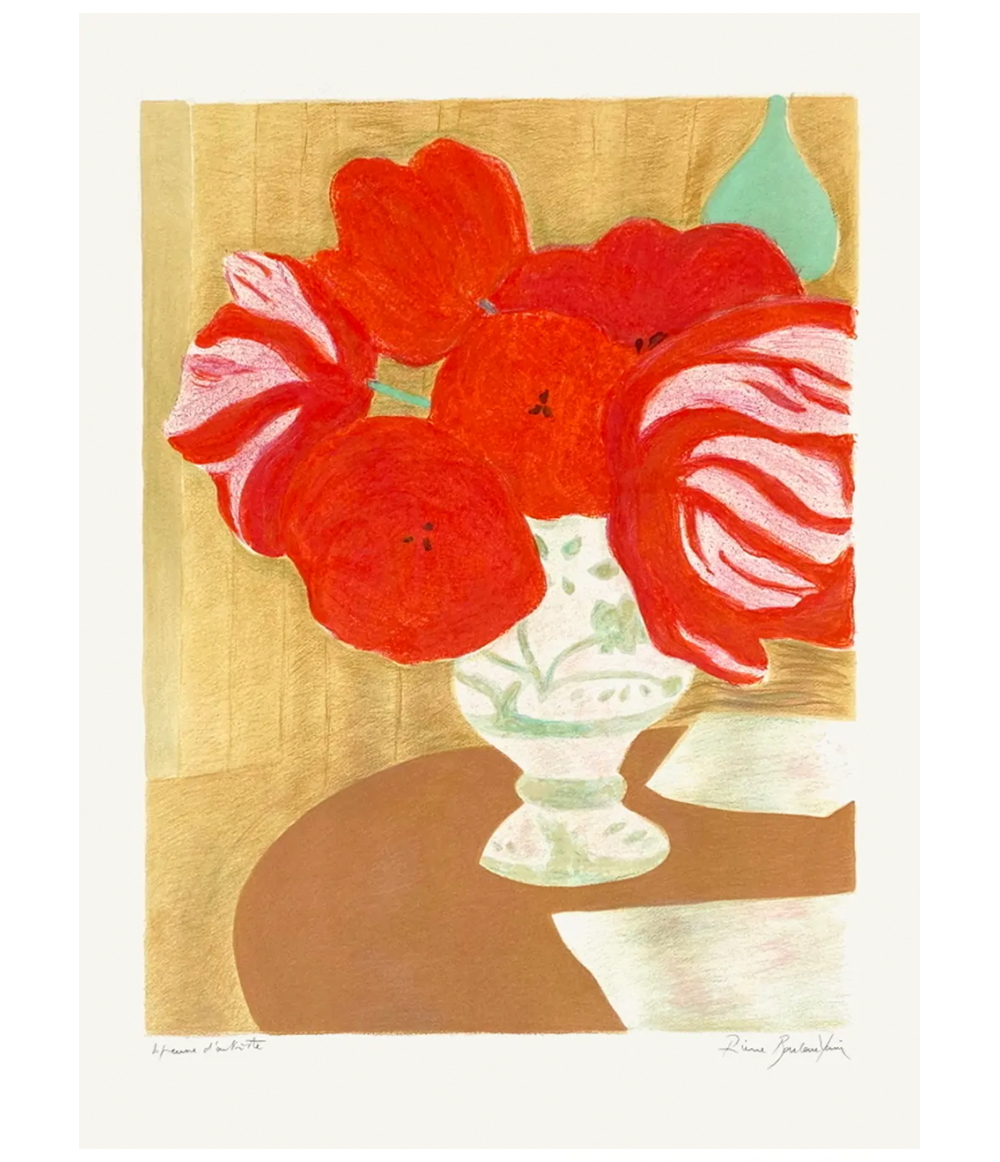 This original Pierre Boncompain lithograph depicts a beautiful still life scene of flaming red tulips. It’s a scene which is constant in Boncompain’s work, he paints the pleasures of life with a Mediterranean vividness. His paintings are evocative of the environment and lifestyle in the South of France.

This signed Pierre Boncompain lithograph is a great example of the artist’s aesthetic. He displays a wide combination of modern influences, the radiant and joyful Mattisean clarity of light with a simplicity and arrangement of form that brings to mind Milton Avery.

Pierre Boncompain was born in 1938 in Provence. Encouraged by his parents in his pursuit of the arts, he graduated first in his class at the French National Academy of Decorative Arts before moving on to the National Academy of Fine Arts, where he studied in the Legueult atelier.