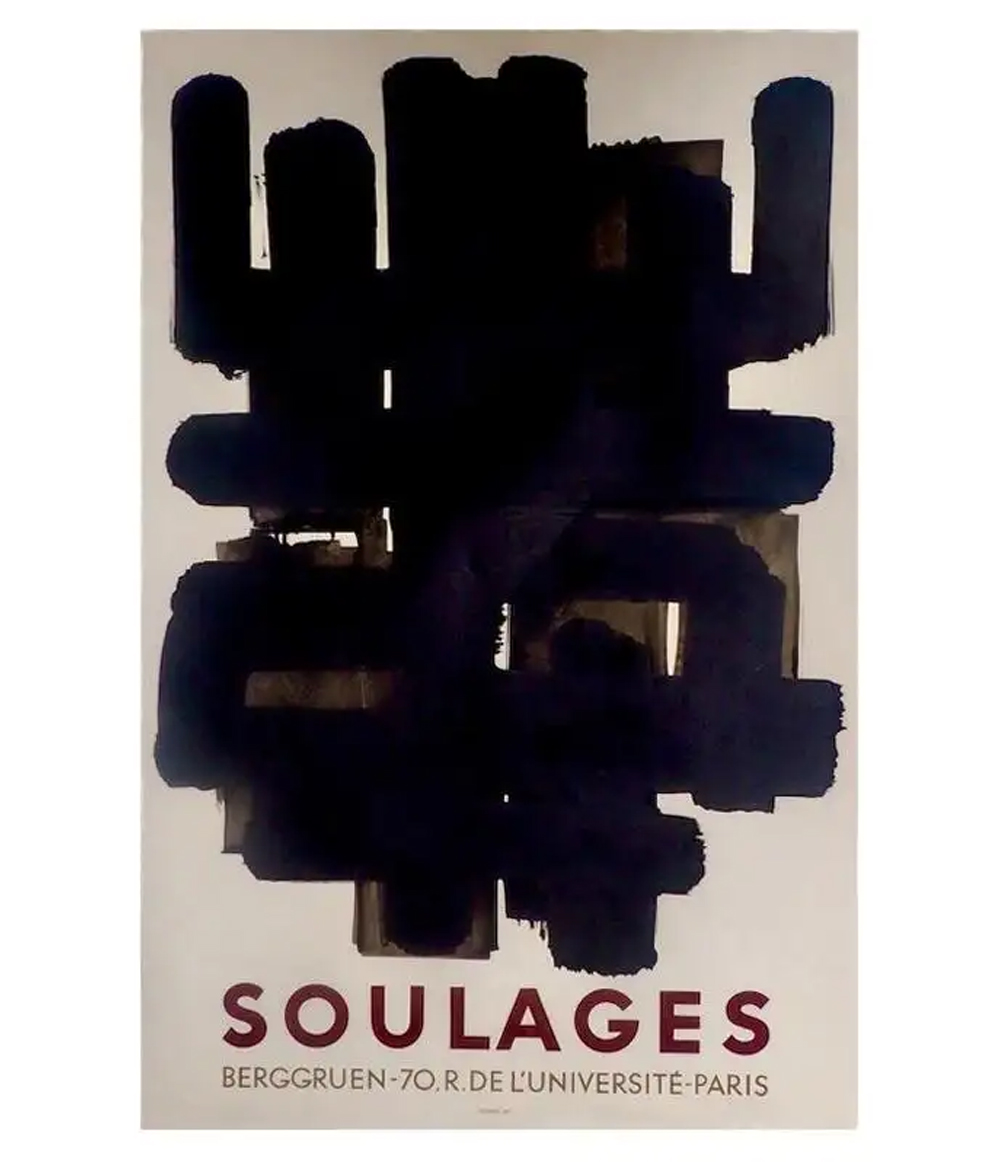 “Soulages” at the Galerie Berggruen by Pierre Soulages, 1958

This original lithographic poster was produced for the solo exhibition of Pierre Soulages at the Galerie Berggruen in 1958. Printed by Mourlot, a fine art lithographic printers who, in the early 20th century, invited some of the most celebrated artists of the time to the studio to collaborate on traditional stone lithography including Braque, Calder, Chagall, Dufy, Léger, Matisse, Miró and Picasso.

Soulages was inspired by painters such as Picasso and Cézanne very early on. His powerful canvases are devoid of any reference to nature, relying on their rhythmic partition of the surface and on the relationship between forms and the textures of the paint to create what some critics described as “melodies” or “symphonies” of space. Using just one colour to create a stark contrast against the white background, Soulages refuses to commit himself to painting colour harmonies.